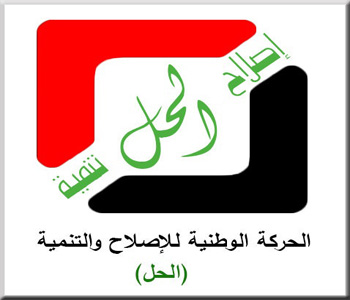 In light of recent tensions plaguing the country, and spacing in visions between the representatives of the components of the Iraqi people, which brought us to this point of crisis, which threatens the unity of the people and the country alike,
think the movement of the solution that the first signs of political breakthrough for the current crisis lies in the speed selection political blocs candidates for occupancy basket three presidencies on the basis of criteria consistent and accepted by everyone who can work together to get out of the current crisis.
In light of all that you see the movement of the solution that Nuri al-Maliki is no longer a sign of the solution, but the cause of the crisis, and that the choice of the National Alliance, an alternative candidate to fill the position of the Prime Minister marks the beginning of a solution to the crisis and Nfrajha, Iraq and its unity is more important than people and Titles.