Is The Partition of Iraq Inevitable?

Is The Partition of Iraq Inevitable? 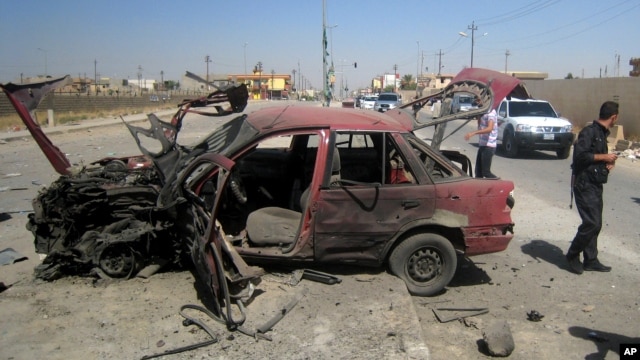 As Sunni jihadists continue to make gains in Iraq, Kurds have taken control of two oil fields in northern Iraq and have pulled out of the Shi’ite government of Prime Minister Nouri Al-Maliki. Experts say that that the country’s future may have already unfolded.

“We are seeing the disintegration of the state of Iraq into three nations; the Shi’ites in the south and east, the Kurds in the north and a Sunni Caliphate under the control of ISIL from western Iraq to Syria,” RAND Corporation political scientist and former U.S. military adviser Rick Brennan said.

He warns that the Shi’ite-led government would be acquiescent to Iran and argues that any amount of U.S. involvement now is not likely to make much of a difference.

Edmund Ghareeb, professor of Middle East history at the American University in Washington, D.C., agrees. He believes that the current situation could easily deteriorate into long-term civil war that could entail ethnic cleansing and the devastation of the country’s infrastructure.

At the same time, the crisis provides opportunity for at least one segment of Iraq’s population.

“Perhaps, more than any time in modern history, the Kurds have an opportunity to establish an independent state of their own,” he said. “Not only taking over Kirkuk, but also discovering oil in their region, which makes it economically viable.”

But the formation of an independent Kurdistan by Iraq’s five million Kurds won’t just change the face of Iraq. Nine million Kurds in Iran and 22 million Kurds in Turkey could be tempted to emulate their Iraqi counterparts, and that dynamic could threaten the nation-state system of the entire region.

The better scenario for Iraq, says Ghareeb, would be reconciliation and the formation of national unity government to give a political voice to all of Iraq’s factions. He said the U.S. is actively pressuring Iraqi leaders come to such an understanding.

“The U.S. realizes that the disintegration of Iraq carries with it dangers and consequences that not only threaten the Iraqi state but are also likely to upset regional stability and the interests of many parties including the U.S.,” Ghareeb said.

He also advocates a system of federalism that would distribute a fair share of Iraq’s national wealth to localities based on their percentage of the total population.

But Brennan says that keeping Iraq intact would depend on there being a single Iraqi figure who could appeal to Sunnis, Shiites and Kurds – and even if such a personality were to exist, it may be too late to bring factions together.

“Fear and mistrust govern the Iraqi politics,” Brennan said. “Sunnis fear not having a stake in the future of Iraq, and the Shi’ites fear being dominated by Sunnis and repressed as they have for hundreds of years,” Brennan said.
gdb.voanews.com