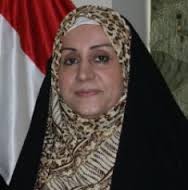 Baghdad (news) .. suggested committee member Almalahbarlmanah Magda al-Tamimi, be approving the budget for two years and not one year, being tied to a depth of problems between the Governments of the center and the province. said Tamimi (of the Agency news): The problems between the Governments of the center and the provincial list three years ago, and there is no any signs from the federal government to solve them, calling for approving the budget for the two years to overcome the outstanding differences and the fact that Parliament will continue to the fourteenth of the month of June, a period of a few. ruled Tamimi: to be approving the budget next month, they need time to be published in the Official Gazette, and launch money from the Ministry of Finance and distributed to the ministries and the assignment of projects to companies, unexpected stay on the exchange twelfth of the budget batch, which is a big mistake borne by the government. mention that the budget in 2014 based 94% of the oil exports and an estimated 174 trillion dinars likely The Parliament and reduce it contains (172) thousand degrees and careers. / End