Pro-Tayeb: the federal government intends to wage economic war against the Kurdistan region

Pro-Tayeb: the federal government intends to wage economic war against the Kurdistan region 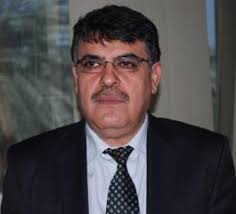 Baghdad (news) .. Said the spokesman of the Kurdistan Alliance bloc pro-Tayeb, said the central government intends to launch a war of
economic sanctions against the Kurdistan region, indicating that the region Mada in the decision to export oil. said the good (of the Agency news): the crisis of the export of oil from the region is still in place with the Government Center on Although understanding the two sides need to solve the service of the public interest, noting that the current crisis indicate the intention of the government in Baghdad to wage economic war on the regions of the province and its people. pointed Ok to: the Kurdistan region of Egypt to carry out his constitutional right goal to export oil through pipelines passers Turkey, which is proceeding with the implementation of this right without hesitation, calling on the central government to open a new page with the region, bringing peace and economic stability in the country, especially with the pledges of the region that he will support the budget, according to Maigtadhah law and the Constitution, and the two will guarantee the achievement of an economic boom, particularly in the oil sector. was the Kurdistan Alliance, expressed Friday regret ‘ to authenticate the Council of Ministers on the budget in 2014 without referring to his remarks during his recent meeting with Prime Minister Nuri al-Maliki, and between that is a big mistake and create a new crisis, and while he stressed that the deputies of the Kurds bear a historic responsibility to correct this error in the House of Representatives, counting the threats the federal government cut off the region’s share of the budget as a ‘collective punishment of the Kurds’. / Finished