Kanna: three differences impede the adoption of the electoral law 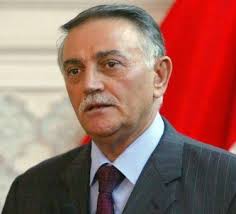 Baghdad (news) .. The head / list Rafidain / MP Kanna, that there are three points of contention in the proposal to amend the law of parliamentary elections, including the electoral system for Iraq to be a single electoral constituency. said we were in a statement (of the Agency news): there are points of contention within the amendment of the law elections, including the electoral system, which calls for the Kurdistan Alliance, asked to hold Iraq, according to the electoral district one, adding: disagreement second concerning Kirkuk and the third method of distribution of compensatory seats. between: In the event the insistence of the Kurdistan claim will be delayed to approve the law, pointing out that there is a tendency to approve the previous law and amend According to نقضته the Federal Court, saying there is no disagreement on the seats quota, which will be five seats for Caldoachure and three of the Kurds Feily and four of Ayazdih and one for the Armenians. was MP / Kurdistan Alliance / Ashwaq dry, has threatened to boycott the elections by the alliance in the failure to achieve justice in the electoral law . said dry in a statement (the news) time earlier: The differences over the election law still exists until now, but does not resolve the law Some blocs want to withdraw entitlement to another block, so there must be justice in those laws. / End