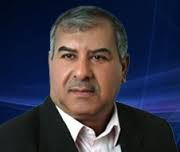 Baghdad (news) .. Warned economist gentle Abdul Salem Okkaily, in his analytical stop trading shares in the Iraqi market for securities, because it will lead to the collapse of the economic situation and activity financial market in the country. Ugaili said in an analytical study prepared by (the Agency news): that the Iraqi market for securities at the present time is the money market only official in Iraq, who invests where many Iraqi and foreign money in stocks Iraqi institution and according to the law, which currently number (84) companies, of which 71 companies listed in the Regular market, which includes large companies and is referred to as (the first market). continued: in addition to (13) companies listed in (the second market), which includes small businesses, and in the month of August of the current year 2013 occurred shift large in the performance of this market while collapsed Iraqi stock collapse and wide, and the deterioration of the level of trading by a large margin Very increased from (10%), which was imposed on investors view their shares for sale in large quantities compared to the level of purchase. increased: as well as popularized in financial circles about the launch of foreign investors to flee the capital market of Iraq, where it became their sales over purchases for the first time in the history of market money, not surprising in this matter; because foreign investors are watching volume purchases to their foreign counterparts precisely how not fleeing the market they see reduced foreign purchases in the Iraqi market for securities during the month of August 2013 increased by 42% for purchases in July of the same year, to by falling levels of the month of June by (60%). added Okkaily in the study: There is no doubt that every foreign investor, in addition to the Iraqi begins to escape from the money market while he is certain of انخفاضاته persistent levels of purchase, as well as declines in the level of trading and Okiemh , and sin against say that this collapse widespread in the Iraqi market for securities not occur as a result of the accident or the impact of external circumstances. explained: it was the result of administrative decisions taken by the Securities and forced the management of the market on the implementation and of off more than 20 companies from trading with effect 08/04/2013, what led to the disruption of nearly a quarter of the market, as well as the shift of investments to shareholders just worthless papers. pointed to: that the market is not directly affected by the time of the issuance of this resolution; due to the statements made ​​by many of the officials the market about their demand of JSC does not shut down stock trading, but make sure investors inside and outside Iraq that this request went unheeded, as well as the insistence of Securities Commission (a government body responsible for market supervision) on its suspension. confirmed: seems to be important is the implementation of the administrative decision whether intact or wrong, either legally or otherwise. Which led to the implementation of the resolution despite what caused damage beyond the interests of shareholders to contribute to the impact on the national economy. Against the backdrop of this decision collapsed the record (119 points) at the beginning of the month of August, up to 113 points on 26/09/2013, which means the loss of investors (5%) of their wealth during the month and a half. noted: Although the This percentage seem insignificant to some, but the monetary value equivalent to about 550 billion Iraqi dinars from the value of their investments, almost any of the (half a billion dollars) lost by investors from their investments during the month and a half due to a jar pen of an administrative official sits on the top of the pyramid Capital Market Iraqi . We have no doubt that the government, the Committee on Economic Affairs, the Council of Representatives, and the Economic Committee, and the Integrity Commission are invited to address this imbalance administrative load the efforts of strenuous efforts of all the faithful of the government, parliament and the media and the general public efforts to raise the level of the Iraqi market for securities. seal Okkaily study: it remains the right of all to wonder about than compensates investors for خساراتهم heavy, but compensate Iraq for the deterioration of the reputation of its market and financial escape investors him by the resolution prepared by specialists in the law, a clear violation of articles 340 and 341 of the Penal Code of Iraq, as well as his successor, damage the interests of Iraq’s economic and the interests of investors. / End