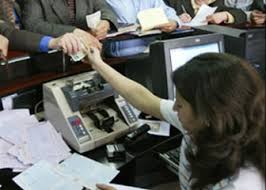 Baghdad (newsletter). Banking expert said NAFI Elias Abou, the local community development banks in their work through the use of modern technological systems, criticizing statements by some deputies and economic figures on the failure of the private banking sector.

He said Abbou (News Agency): local banks despite the short life, it operates under modern technological systems and keep pace with developments in the banking world, through the use of a mechanism that helps reduce the time and speed of transactions.

He noted that some lawmakers and economic figures indicate that the Iraqi banking sector’s lagging works with legacy systems, without providing real evidence and explain in any backward.