Al-Rikabi: economic reform act “stumbled” since that was approved by the Council of Ministers

Al-Rikabi: economic reform act “stumbled” since that was approved by the Council of Ministers 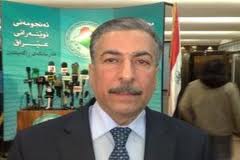 Baghdad (newsletter). Member of the Economic Committee, MP//Ibrahim Al-Rikabi, the need for economic reform act of great importance to support the economy and investment.

Rikabi said (News Agency): economic reform and law since passed by the Cabinet and is not activated and stumbled and follow-up by the Commission.

He added that during his meeting with economic advisers in Government confirmed the existence of the failure by this law is the basis of the controls and the flooring must be reliable, especially industry and agriculture, and investment law.

Said: that this law will contribute to the development and support of the economy, especially since our economy has suffered in the past from reluctance because of terrorist operations and corrupt files.

The Cabinet approved the draft law on economic reform, Federal auditor by the State Council, and submitted it to the Parliament on the basis of the provisions of articles (61/item first and 80/item 2) of the Constitution