Deputy: Iraqi economy is threatened with collapse because regional events

Deputy: Iraqi economy is threatened with collapse because regional events 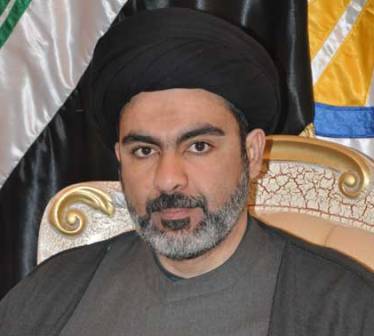 Baghdad (newsletter). Member of the Economic Committee said the National Alliance MP Hussein almerapi, the events in Syria and the region will affect the Iraqi economy and Central Bank reserves.

Said almerapi (News Agency): If Syria or Iran to close the Strait of Hormuz and there will be a major setback to the economy of the region, particularly in Iraq, stressing the need for strategic stocks and balance the economic future of Iraq believes either his work or food for at least two years or more.

He said: to maintain the Central Bank’s currency reserves or gold is not easy, it depends on how the political stability of the country and is linked to the stock market.

And: that the economists and the Central Bank review of monetary policy and banking reforms in anticipation of any emergency and to expect the worst odds in light air shipped in the region, pointing out that Iraq could not economically be designed if 247 attack similar to attack Syria ‘ caught ‘ because it lacks strategic inventories.

The Iraqi economy is very weak, it relies primarily on oil as its revenue is zero