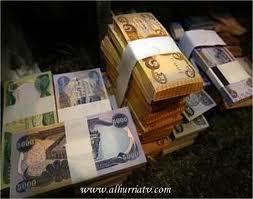 Baghdad (newsletter). He is a member of the Finance Committee, a Deputy from the Kurdistan blocs Coalition//Jimmy is capable, with the Iraqi and Indian sides talks to agree on the economic and trade dealings of the two countries in local currency, saying that it would support the value of the dinar and make it highly desirable.

He is capable of (News Agency): discussions of the Iraqi delegation headed by Prime Minister Nuri al-Maliki and a group of Ministers and economists, with the Indian side on the reliance on international trade filled the local currency is not USD, this action will support dinar value and improves it.

He added that the Iraqi dinar is strong and is covered with large reserves of foreign currency and gold, especially during the recent period the dinar improved significantly against the dollar, making large economic powers like India to maintain Iraqi dinar and deal with it, this is a good economic indicator for the Iraqi dinar.

The Indian Minister said that Iraqi and Indian sides they deliberated on enhancing bilateral economic ties, and the possible adoption of local currencies and in two transactions rather than the US dollar.