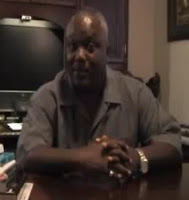 <—This Is a picture of Tony Renfrow (TNT Tony)

8-21-2013 Intel Guru TNT Tony This morning our favorite people were called in again. These people at the call centers, banks, etc. are prepared. They tried again last night and it still wasn’t 100%. Will they keep trying? Yes, until they get it right. It’s back to a technical issue we didn’t know about. The issue is going out to each branch. We don’t know when it’ll be fixed but they are prepared for it again. They’re trying to get this done now. If they were going to wait until January or April, they wouldn’t have been training all their people and calling them in everyday to work.

8-21-2013 Intel Guru TNT Tony We talk to Iraq daily, their cards are loaded & they’re spending money and they’re saying they don’t understand why we’re not seeing it here. Contractors have the current 3.44 revalued rate. They had a meeting and the rates have been agreed upon and we are waiting to hear the present rates today. We heard from DC that the issue is with the system. That is what I am hearing from our people as well. So we know it is in fact the case. We have guys watching forex live in the middle of the night & for the last 3 nights, countries have been pinging like never before. [do you think this will go into September?] No, they don’t want it to go that far.

8-21-2013 Intel Guru TNT Tony [Will the UST tell the banks the rates] Yes, they are the final authority. They have given the rates and there are no holds on them, but they are waiting for the authorization codes to do the actual transactions. [How confident are you we’ll see the RV soon?] I’m not because we should have seen this by now. [Regarding the 30 days, could all of these delays the USA is causing affect that?] No, it’s not about a date, it’s about a limitation on the CE, the 30 days is to prevent smuggling. [What’s the latest rate you’ve heard on the VND?] Over $3.

8-21-2013 Intel Guru TNT Tony [We know this can’t drag on forever. If you had to bet on it, when is the latest you’d think we would RV?] They could drag it on forever; now that the Iraqis have money things have calmed down. I liked that pressure point. Now it’s more political, even though they’ve agreed 4-5 times on the rates. But the longer we wait the higher the rates go. They’re saying everything is done. 4-5 countries have sent in their people to help either fix the problem or observing to make sure we’re not doing anything wrong.

Guru Critic, There is not ONE credible report,  article,  or document saying that there has been an RV in Iraq or that ANY Contractors have received a rate of $3.44..PERIOD! This guy is making it all up and it gives the dinar speculation group a very bad reputation. This needs to stop, the pumping needs to stop. That is absolutely ridiculous and absurd! Furthermore, if the Iraqi’s “have money now”, and the official exchange rate as set by the CBI is 1166 Dinars per $1 dollar and the CBI auction continues at that rate, why don’t the Iraqi citizens “cash in” and then buy more Dinar at that low rate and just keep cashing in? Over and over and over? I considered not posting ANY more of his made up crap, but after thinking about it, I want to debunk EVERY word he says so no one, or as few a people as possible get mislead by this jerk. Him and his brother Ray know NOTHING! They have NO sources or contacts, unless they are getting it from the likes of Terrence Keller aka TerryK and his BS group of people.

8-21-2013 Newshound Guru Adam Montana [How is currency valued? Gold reserves? Is this the reason why we have not seen the IQD change?] The Iraqi currency is set by the CBI – basically, whatever the CBI says the value is – that’s what it is. I know that might sound overly simple, but it literally IS that simple. If the CBI says they will pay .10 for the Dinar, then it’s worth .10. If they say they will pay $2 for it – the rate is $2. And if Iraq would just pass the HCL, allowing them to kick their oil business into high gear, they should have NO PROBLEM generating the faith and revenue to kick their currency value up to at least $1.