MP for / coalition in Iraq / appearance Janabi, that the (15) days ahead will be capable of passage of laws or not.

MP for / coalition in Iraq / appearance Janabi, that the (15) days ahead will be capable of passage of laws or not. 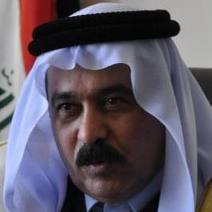 and Janabi said in a statement (of the Agency news): There must be a dialogue between the political blocs in order to resolve the outstanding problems and reform the political process in the right direction.

added: political blocs that claim to preserve the unity of Iraq, with the start of week parliamentary session, MPs next Tuesday and continue the sessions for a period of 15 days will be the separation between the consensus to pass laws or not. sources indicate political to the possibility of passing Laws broken, including the criminalization of the Baath Party, oil and gas, accountability and justice, and a general amnesty, etc., and the law of the upcoming parliamentary elections, and the demarcation of the administrative border during the last year of the House of Representatives