Dler capable of: the financial budget for the year “2014” will arrive in October for approval this year 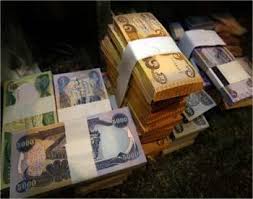 Baghdad (news) .. A member of the Finance Committee parliamentary MP / Kurdistan Alliance / Dler capable, that the draft budget law Federal Financial for the year (2014) will reach the House of Representatives during the month of October, for approval by the Council during the year. said capable in a statement (of the Agency news) : that according to the law of financial management and public debt No. 95 of 2004, as amended, to reach the budget in the month of October, indicating: that this year there was a work of the Committee in coordination with the government of the time on the budget, in order to accomplish and send time. added: that the financial budget will be sent to law and according to what the law is, they will arrive the day before ten of the month of October, adding: that during the two and a half believe the Council سيقرها, in order to enter into force early next year. Earlier, the Committee discussed the financial parliamentary prepare estimates of the federal budget for the year 2014 The agreement on the formation of sub-committees emanating from members of the committee to discuss some of the country’s ministries on allocations of Finance. indicate weightings financial, that the financial budget for next year, will increase the grades and installation contractors with government departments, and also double the revenue the country to reach nearly 143 trillion dinars. / End / / 8.