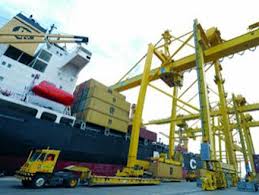 Baghdad (news) .. Revealed Commercial Attaché Iraqi in the United States for high rates of trade exchange between the two countries increased by 23%. A statement from attaché got the Agency (news) a copy of it for commercial attache at the Iraqi in the United States Nofal Abu Barns said in a speech at a program that his U.S. Chamber of Commerce Arab bilateral in the city of Houston, Texas, the U.S. trade exchanges between Iraq and the United States during the first quarter of 2013 saw an increase of 23% compared with those for 2012, reaching more than 4.5 billion dollars of goods and commodities only. said Abu barns that volume of trade exchanges between the two countries have seen a significant rise in recent years has increased from 13.8 billion in 2010 to more than 19 billion in 2011, then increased in 2012 to reach $ 21.3 billion, indicating that the balance of trade money for Iraq dramatically as represented exports Iraq to the United States the bulk of the total exchanges However, to say despite the fact that the goods and services and the requirements of contracts and government projects accounted for the bulk of Iraq’s imports from the U.S. markets, there is increasing growth in the roles of the Iraqi private sector ones. , and pointed out that small and medium enterprises play an important role in the economies of metamorphic them or stable and this is what happened to many of the major countries that have experienced economic transformation, such as China, India or even smaller countries, including the neighboring countries of Iraq Kalamarat and Jordan, noting that the small and medium enterprises had a larger role for the improvement in the economy after the financial crisis suffocating suffered by the U.S. economy in 2008 . said Abu barns that Iraq is a country with an emerging democracy recognizes that the citizens began to govern Afadil according to the performance and achievement of economic, which is reflected in the daily life of the services, health, education and job opportunities so the support of the private sector, especially small and medium enterprises, which can move more flexible than government institutions if its growth opportunities are available. pointed to the many opportunities and projects currently in Basra in particular and Iraq in general called on U.S. companies to invest in as lung Iraq and the key to growth and prosperity. / End / n. g /