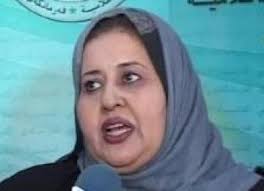 Baghdad (newsletter). Invited Member of the Committee for economy and investment Deputy of Iraqi/coalition/nahida Al-daini, the governmental and parliamentary control on financial transfers and the sale of foreign currency on the market to reduce the phenomenon of money laundering and currency smuggling.

She said Al-daini (News Agency): that financial speculation in the local market and the large number of accusations against the Central Bank provided an opportunity for mischief with smuggling hard currency abroad, in addition to cases of money laundering.

Said: these operations directly influenced the Iraqi dinar exchange rate against the u.s. dollar and thus also affect the economic situation in the country, due to a lack of Government oversight and the parliamentary processes.

She added: the House of representatives and Government agencies to demand tighter control over financial transfers to reduce the wastage of money and reducing money laundering and currency smuggling abroad