The company found at least a billion barrels of crude under the ground in a southeastern province near the border with Iran, spokesman Assim Jihad said Monday.

The discovery in Maysan, about 350 kilometers (215 miles) south of Baghdad, is a “significant achievement” for the country, Jihad said.

Despite vast reserves and reliance on oil for government income, exploration in Iraq has been hindered by decades of conflict. 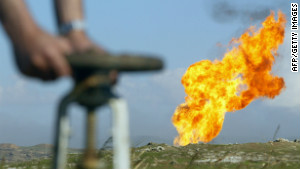 With the world’s fourth-largest oil reserves, Iraq’s government depends on oil revenues to fund more than 90% of its budget.

Iraq produces 3.2 million barrels of oil a day, exporting 72% of it, he said.

In 2010, Iraqi officials estimated the country had 143 billion barrels of extractable oil, most of it in the southern oil fields.