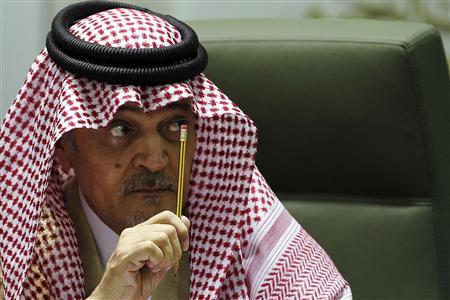 “We are convinced that Iraq will not stabilize until it starts handling issues without sectarian extremism… Until these issues are addressed, we don’t think there will ever be stability in Iraq, which pains us,” Foreign Minister Prince Saud al-Faisal told a news conference in Riyadh.

Iraq’s Arab majority is mostly Shi’ite but the country was dominated by Sunnis under former strongman Saddam Hussein and much of the fighting since he was deposed has fallen along sectarian lines.

Sunni Saudi Arabia has a tense relationship with Baghdad and senior princes have previously described Iraqi Prime Minister Nuri al-Maliki as being in hock to Shi’ite Iran, in comments to U.S. diplomats released by WikiLeaks.

Saudi Arabia, the world’s top oil exporter, is locked in a struggle for regional influence with fellow OPEC-member Iran, backing opposing sides in Syria and Lebanon, where Shi’ite parties are allied to Tehran.