Iraqi lawmaker: Participation of countries in the world in the visit Arbain this year paves the way for removing Iraq from Chapter VII 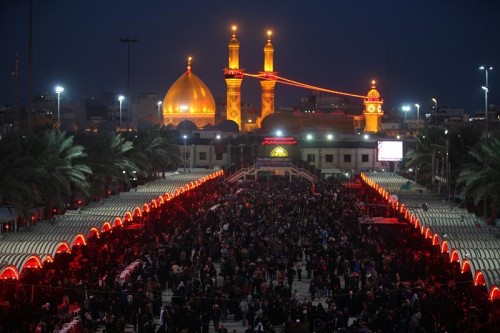 By MP in the Iraqi parliament d. Saleh Hasnawi optimistic of achieving Iraq every sovereignty despite the Chapter VII, which is out of imminent and through fulfill most Iraqi obligations towards the State of Kuwait, which scored sons presence and participation of distinct decrees revive visit Arbain after more than fifty thousand visitors Kuwaiti to Iraq which reflects the depth of the historical relationship between the two countries to end the outstanding issues between them, ”

and added that “Iraq has become a hub active not in the region, but also in the world as well, which requires that takes leadership role and axial wider and maintains the gains in national sovereignty through out the Trusteeship internationalism and survival will Iraqi victories crucial issues founded a country led by his people and rejects outside interference in its affairs and respects peoples that seek to self-determination to live in freedom and dignity are protected.