Parliamentary economy: the return of the central market early next year 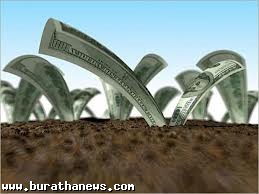 Committee revealed the economy and investment parliamentary, that next year will bring life to the central markets, indicating it is in the process of putting the final touches on the new markets.

Said committee member Rep. Nahida Daini said in a press statement yesterday that “the Ministry of Commerce has completed a series of contracts for which materials will be provided by supermarkets and westward from the origins of the global solid and affordable compared to commercial markets fully funded by the Ministry of Commerce.”

Daini added that “the Ministry of Commerce notified the staff supermarkets to return to their districts to conduct their business, indicating that the markets should be back as in the past as a pilot experiment in Iraq.” She noted that “the economic and investment commission consider BASF severe to the reluctance of many of the owners of capital for large commercial complexes sector (malls), which has become a prominent commercial phenomenon in most of the neighboring countries and the developed countries.”