U.S. is preparing to build the largest embassy in Arbil 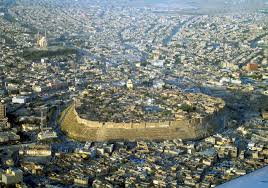 According to Kurdish sources familiar with the Americans began actual preparations for the construction of a huge embassy them in Kurdistan match their embassy in Baghdad, but did not specify metric space that the embassy would be set.

The sources added that the establishment of American embassy in Erbil is a message from Washington to Baghdad and to the neighboring countries as support the emergence of a Kurdish state in Kurdistan be the nucleus of a Kurdish state encompassing Kurds in both Iraq and Syria, Iran and Turkey will be the state incubator for military bases and stations CIA and Israeli in the Middle East.