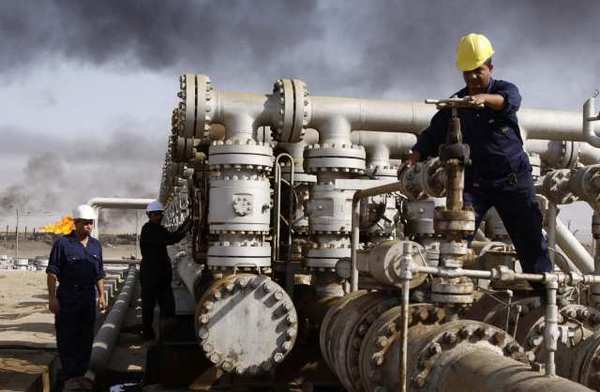 Iraq could overtake Russia as the world’s second-largest oil supplier behind Saudi Arabia by the 2030s, nearly tripling its current output, according to a report from the International Energy Agency.

In what the Paris-based group calls a “landmark study,” Iraq could double its production by the end of the decade, reaching 6.1 million barrels a day by 2020 from the 3 million barrels it currently turns out.

The country, currently the third-largest oil exporter, could top 8.3 million barrels by 2035, making it “by far the largest contributor to global supply growth,” according to the report.

The surge could bring in $200 billion a year in revenue for the Middle Eastern nation, which has struggled with instability for the better part of three decades.

In the IEA’s prediction, Iraq will become a key supplier to Asian markets, especially China. Production from fields in southern Iraq will see a boom. By 2035, the country’s gross domestic product will be five times larger than its current level, with GDP per capita rivaling that of Brazil today.

“Developments in Iraq’s energy sector are critical for the country’s prospects and also for the health of the global economy.” said IEA Chief Economist Fatih Birol, the main author of the report, in a statement. “But success is not assured, and failure to achieve the anticipated increase in Iraq’s oil supply would put global oil markets on course for troubled waters.”

Revenue from oil exports doesn’t guarantee a better domestic economy for Iraq, according to the report. And for the energy infrastructure to operate smoothly, the nation will need to have enough available rigs, a working system to bring water inland to the oil fields, storage and transportation capacity and more.

The country will need more than $530 billion in investments to meet the forecast levels for oil, gas and power supply through 2035. That’s $25 billion a year in this decade alone, according to the report. Iraq received $9 billion in energy funding last year.

The report was compiled with help from Iraq’s federal, regional and provincial governments and more.