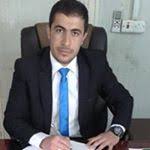 The Constitution is the supreme and highest in the country, which defines the structure of the state and its formations and regulates the mechanism through which the formation of the government and for which it is entrusted with the responsibility of governing the country in a wise and balanced way to ensure justice among the citizens of the state. Formation of a government that is changed in a democratic and periodic manner every four years in accordance with Article 76, which is set forth through
First: The President of the Republic, the candidate of the largest parliamentary bloc, shall be appointed to form the Council of Ministers within fifteen days of the date of the election of the President of the Republic.
Second: The Prime Minister-designate shall nominate the members of his ministry within a maximum period of thirty days from the date of assignment.
The Constitution has not only stopped at this point, but has also regulated the way in which the Government is changed or dismissed by the unusual circumstances that arise. The House of Representatives withdraws confidence from the Prime Minister.
2. The Chamber of Deputies shall, upon the request of one-fifth (1/5) of its members, withdraw the confidence of the Prime Minister. Such request may not be submitted until after questioning addressed to the Prime Minister, and at least seven days after the submission of the application.
3. The Council of Representatives decides to withdraw confidence from the Prime Minister by an absolute majority of its members.
The Ministry shall be considered resigned in case of a no-confidence vote from the Prime Minister.
In case of a vote of no confidence in the entire Council of Ministers, the Prime Minister and the Ministers shall continue in their office to conduct daily matters for a period not exceeding thirty days, until the formation of the new Council of Ministers in accordance with the provisions of Article 67 of this Constitution