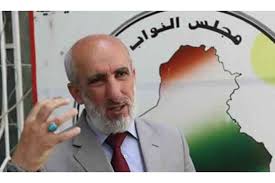 A member of the Kurdistan Justice Group, Ahmed Al-Hajj, suggested today, Thursday, that he would reject the coordinating framework of the recent initiative of the leader of the Sadrist movement, Muqtada Al-Sadr.

Al-Hajj said in a tweet on Twitter that “according to my conviction that the framework and its allies do not accept the formation of the majority government as proposed by Mr. Muqtada, and they say that the framework did not and will not form a government without forming the largest Shiite blocs because the goal is for the component to remain united, and the goal is not to gain spoils.”

He concluded by saying, “This is how I understand the framework and the way it deals with the current policy file.”

Earlier, the leader of the Sadrist movement, Muqtada al-Sadr, gave the “blocking third” an opportunity to form a national majority government, while specifying the period granted to them.

Al-Sadr said in a tweet to him: “A blessing that God has bestowed upon me… if I and those with me can be the largest winning bloc in the elections, rather an unprecedented victory, then we made the largest Shiite bloc or alliance.”

He added, “Then who should be the first to succeed in forming the largest national bloc, “Save the Homeland” and nominating a prime minister acceptable to all, and I will not dispense with that, and praise be to God, Lord of the Worlds.”

And he continued, “These alliances bothered a lot, so they obstructed and are still obstructing, and in order for Iraq not to remain without a government, and the security, economic, service and other conditions deteriorate, here I am giving the “blocking third” an opportunity to negotiate with all the blocs without exception to form a majority national government without the Sadrist bloc, From the first day of the blessed month of Ramadan to the ninth of the holy month of Shawwal.

And he continued, “To that day, I ask you to pray and accept obedience, and the loved ones in the Sadrist bloc should not interfere with that, neither positively nor negatively.. May God reward them with the best reward, and thus I cleared my responsibility in front of everyone.”