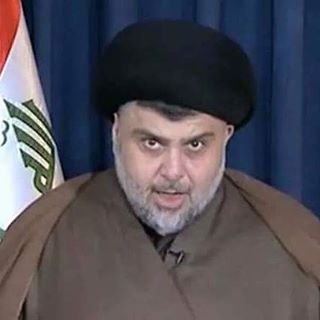 Al-Sadr said in a tweet, “Many, including Mr. Al-Haeri, think that this leadership came thanks to them or by order, no, that is thanks to my Lord first and from the flows of the father, who sanctified his secret, who did not abandon Iraq and its people.”

He added, “Despite his resignation, Najaf al-Ashraf is the largest headquarters of the reference, as is always the case… and I have never called for infallibility or diligence, not even (leadership), but I enjoin good and refrain from evil, and God has the consequence of matters.”

He continued, “I only wanted to make the distortion that was caused by the Shiite political forces as the majority, and I only wanted to bring them closer to their people and to feel their suffering, hoping that it would be a door to God’s satisfaction with them .. And how do they have this.”

Al-Sadr added, “Despite my perception that the reference’s retirement was not of his own volition, and the statement issued by him was likewise.. However, I had decided not to interfere in political affairs, so now I am declaring final retirement and closing all institutions except the Holy Shrine and the Museum. Al-Sharif and the honorable Al-Sadr Heritage Committee.. Everyone is free from me..If I die or get killed, I ask you Al-Fatihah and supplication.”