After the election of a president for Iraq, what is the fate of political consensus?

After the election of a president for Iraq, what is the fate of political consensus? 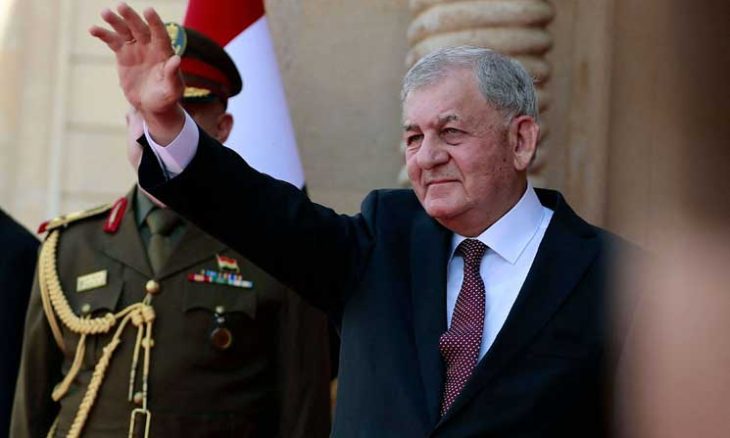 With the election of Abdul Latif Rashid as the new president of the republic on October 13, Iraq will have left a state of political obstruction that it has experienced since the last legislative elections in 2021.

The election of the president opened wide doors for the strong candidate of the Coordination Framework Alliance (a Shiite close to Iran), Muhammad Shiaa al-Sudani, to form a new “consensual” government within thirty days, according to the constitution.

Last June, deputies of the Sadrist bloc (Shiites) resigned from parliament, after they were unable to form a government of a “national majority”, which ended eight months of attempts.

After that, the coordination framework became the owner of the parliamentary majority, but the Sadrist movement rejected Al-Sudani’s nomination to head the government, and called for new early elections after another that took place on October 10, 2021.

Subsequently, the head of the Sadrist movement, Muqtada al-Sadr, announced his retirement from political action “permanently.” The military wings of the movement tried to seize the ruling center in the Green Zone in the center of the capital, Baghdad, but failed to achieve any field successes after about twenty hours of fighting on August 29 and 30 last.

These and other factors converged on the fact that the performance of the Sadrist movement declined a lot, and that its ability to employ the peaceful street and its military wings to impose a fait accompli and prevent the coordination framework from forming the government did not bring results within the expectations of the followers of the movement.

There are no possibilities for the current to return to the street’s option to overthrow the Sudanese government after al-Sadr exhausted most of his cards, the most important of which was the “Save a Homeland” coalition, which included representatives of his bloc, the Sovereignty Alliance and the Kurdistan Democratic Party.

And this card he could have used from within the House of Representatives to dissolve the House and call for early elections, instead of calling on the representatives of his bloc to resign and lose the right to vote and submit draft resolutions in the House.

Also, al-Sadr’s position on the national dialogue and setting conditions that other forces see as impossible or impractical has made the movement gradually move away from the political scene, which threatens to lose influence in charting the course of the political system in Iraq.

The current’s ability to move the street is still the most important card in its hand to extract gains from its opponents or impose some of its will on other political forces, a paper that did not promise the same effect after the peaceful incursions into the House of Representatives and the armed intrusion into the Green Zone proved that they were not studied and lost the movement a lot of respect among the people. A wide spectrum of the political system and the street.

The multinational occupation led by the United States of America in Iraq, beginning in 2003, contributed to the establishment of a political structure that relies on consociationalism in the formation of the government according to the principle of quotas in sharing power among all the winning forces in the elections from all components according to the proportions of the population representation of those components.

The system of political majority or national majority is the closest to the democratic model that the Americans wanted to establish in Iraq before its invasion and occupation.

But the reality of societal divisions, the absence of a comprehensive national umbrella, and the attempt of each component or sect to work to promote its interests and give priority to the higher national interest, prompted the Americans to adopt a system of “political consensus,” that is, the distribution of power and resources to components according to political representation that reflects the proportional representation of the components in society.

In vain, Al-Sadr tried hard to overthrow the political system in place since the invasion of Iraq.

Al-Sadr rejects the participation of members of his movement in any way in the Sudanese government, which the leader of the movement believes is close to his opponent, former Prime Minister Nuri al-Maliki (2006-2014).

This belief is true to some extent. Al-Sudani was a leading member of the Dawa Party headed by al-Maliki until the resignation and the establishment of the Euphrates National Movement in early 2021. He also held ministerial positions in the first and second al-Maliki governments.

The Sadrist movement still maintains sovereign positions in state institutions run by employees of “special grades” in the career ladder.

It is not certain that al-Sadr will order the dismissal of about 300 employees of those affiliated with the “special grades” ladder, including ministers, governors, ambassadors and deputy ministers, or that these will abide by the instructions of Saleh Muhammad al-Iraqi, who is close to al-Sadr, who answered a query about asking these employees to resign, saying: “Yes, immediately.”

It is certain that the system of political consensus will not collapse, and that the attempts of the Sadrist movement to undermine it lacked a mature vision based on a sound understanding of the reality of Iraqi society and its demographics.

Therefore, most of the political parties, including those that participated in the Sadrist movement in the “Save a Homeland” alliance, and all other Shiite, Kurdish and Sunni political forces and entities do not believe in the possibility of changing the system of political consensus.

This fact made those forces surrender to the will of the coordinating framework forces, which contributed greatly to the failure of the Sadrist movement’s endeavor to change the political system by replacing the majority system with the consensus system.

The active forces succeeded in overcoming most of the political crises that Iraq experienced after 2003, and they will certainly overcome the current crisis. All political forces, including the Sadrist movement, are keen on the continuation of the political system in place for the permanence of its gains and partisan or component interests, which have no greater threat than the collapse of the system. .

It is important for the Iraqi political forces that they have achieved a great achievement in preventing Iraq from entering into an “internal war,” by refraining from being drawn into fighting the militants of the Sadrist movement.

Perhaps one of the most prominent developments in the crisis is the formation of a “state administration” coalition of the coordinating framework forces and other political forces from all components and political parties, including al-Sadr’s allies and partners, the Sovereignty Alliance and the Kurdistan Democratic Party.

The announcement of this coalition embodied the reality of ensuring that the existing political system remained as it is, including sectarian and ethnic quotas and institutions engulfed by financial and administrative corruption, the state’s loss of part of its sovereignty and independence of its decision, the proliferation of arms outside its authority, and other core issues.