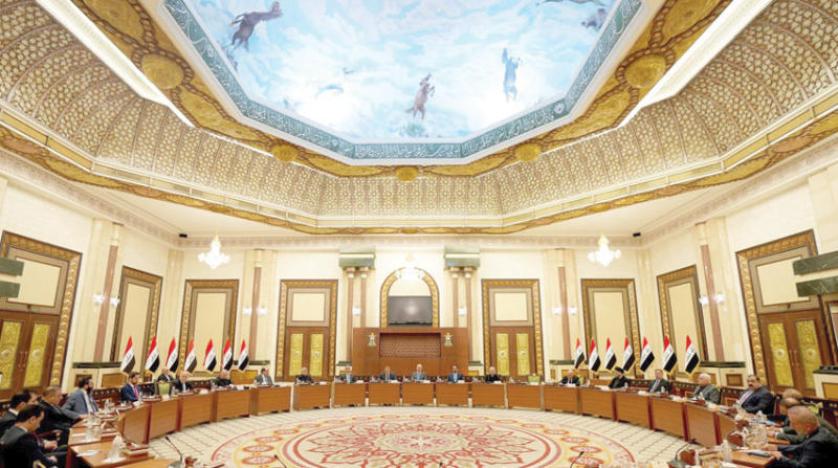 The fears that prompted the Iraqi government to hold a dialogue session for the political blocs, in Baghdad, were not able to calm the Iraqi street. On the contrary, they rose in intensity, fearing the conflict between the Sadrist movement and the coordination framework would break out, without clear possibilities to impose a settlement, given the pressures faced by Prime Minister Mustafa Al-Kazemi. From the troubled street and both sides of the crisis.

Intersecting sources reveal that Al-Kazemi received a promise from Al-Sadr’s environment to participate in the dialogue session through his representatives, and the meeting was supposed to discuss the roadmap for forming the interim government and holding the elections, but it turned out that Al-Sadr “changed his opinion at the last minute.”

The atmosphere, which was ripe for a truce formula, turned into a state of suspicion on the part of the government and a desire for escalation from multiple parties in the coordination framework, while Sadr’s Kurdish and Sunni allies were placed in a confused position.

This month, Al-Kazemi made repeated calls to shift the course of the crisis from the street to dialogue, “to avoid dangerous scenarios,” but it is clear that powerful forces in the coordinating framework do not trust any political role that Al-Kazemi plays.

The concerns that the political forces are now dealing with are related to new indications about the intention of the coordination framework to move the crisis to another level of escalation, with the aim of “not conceding to Sadr’s conditions”, except with a comprehensive agreement.

Security and political sources say that political parties and armed groups were planning to deal with the end of al-Sadr’s deadline (Thursday) by taking to the street “to protect the regime and legitimacy,” while politicians are deliberating that the entry of Hezbollah Brigades on the crisis line is linked to the atmosphere of responding to al-Sadr’s deadline.

A few days ago, Kata’ib Hezbollah, which withdrew from Parliament earlier and did not participate in the sit-in, the coordination framework against the Sadrist movement, announced that it was “ready to take what is necessary to protect the regime in accordance with the legitimate mandate.”

Meanwhile, the leader of the Al-Fateh Alliance is trying to make a new initiative a success that “balances between Al-Sadr’s condition to dissolve parliament and the interests of the coordination framework”, but his efforts face different positions between the political parties.

A source close to al-Amiri says, “The issue of forming a government is a top priority (…) We must proceed in the constitutional contexts, and then go to dissolve parliament, and we only need one session.”

An adviser close to al-Sadr comments, “The problem of some leaders of the framework is the delay in understanding al-Sadr’s project (…) the matter goes beyond the government’s candidate and the dissolution of parliament.”

Major leaders in the coordination framework see Al-Amiri’s initiative as the last chance to achieve the hypothesis of dialogue, after which “there will be no choice but to escalate in the street,” while the factions’ circles circulated information about “preparing for the moment of failure of the Fatah leader’s initiative.”

Regarding the worst-case scenario, doubts center on the way the Al-Kazemi government will deal with the clash of the two sides of the conflict in the street, and whether it will lead to the division and disintegration of the official military institution.