No government in sight: Iraq is far from solutions

No government in sight: Iraq is far from solutions 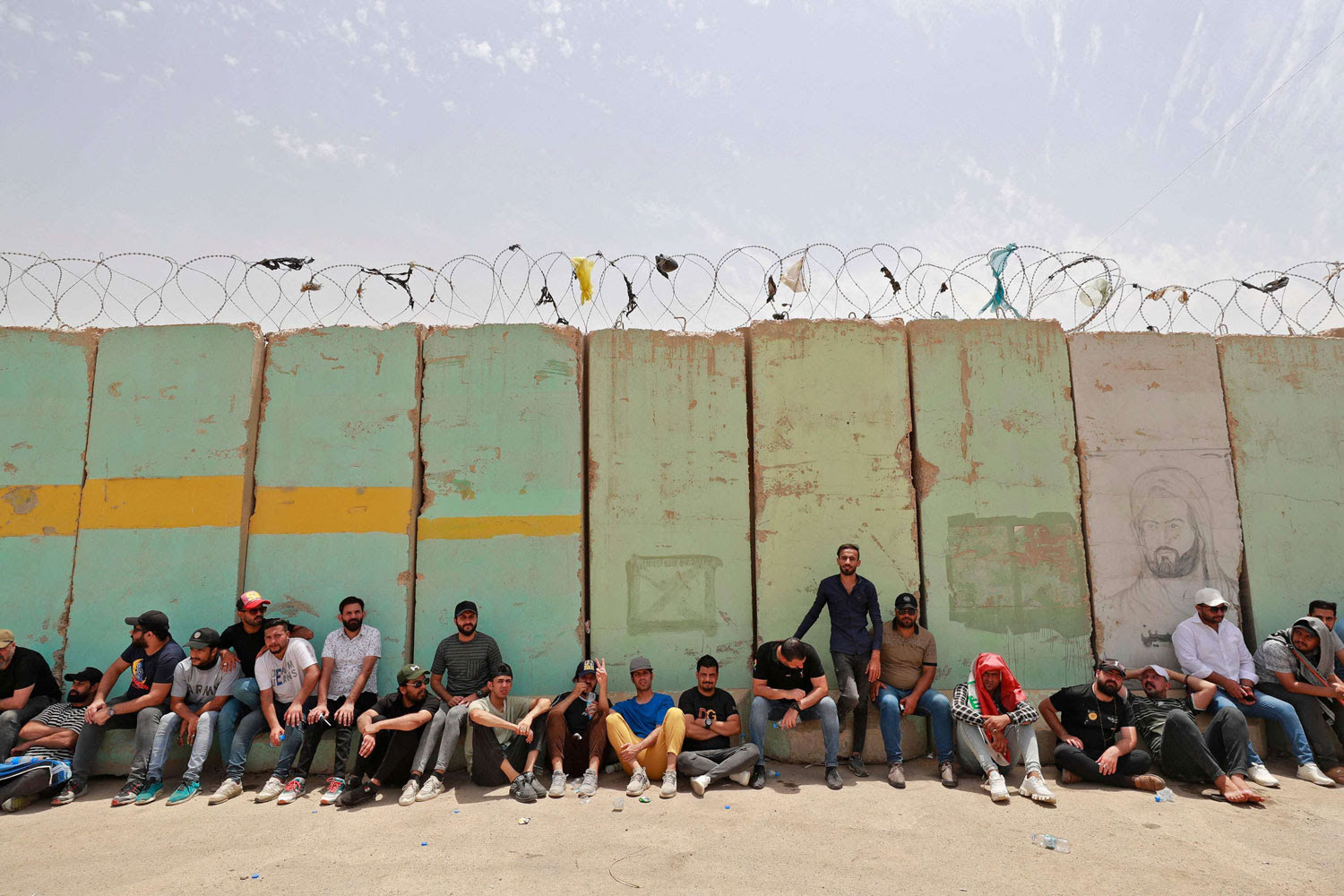 Eight months after national elections, Iraq remains without a government and there does not appear to be a clear way out of the dangerous impasse, as political elites engage in a fierce competition for power, despite the mounting challenges facing the country, including an impending food crisis caused by a severe drought. The war in Ukraine.

The situation does not seem satisfactory to the Iraqis, as they see that the caretaker government is unable to pay the electricity payments, and investments in modernizing the water infrastructure are temporarily suspended.

The elections were held several months earlier than expected, against the backdrop of the protests that erupted in late 2019 and witnessed the emergence of tens of thousands of demonstrators against rampant corruption, poor services and unemployment.

Sajjad Jiyad: It’s not about the struggle for power, but about survival

The vote achieved the victory of Shiite cleric Muqtada al-Sadr and dealt a blow to his Iranian-backed Shiite opponents, who lost about two-thirds of their seats and refused to acknowledge the fairness of the results.

Decades of personal disputes reinforce Shiite rivalry, pitting Sadr and his Kurdish and Sunni allies against the “coordinating framework” coalition led by Iran-backed Shiite parties on the one hand, and their allies on the other. In the midst we find the independents, divided in turn, amid the attempts of the competing factions to tempt them to turn towards them.

“It is not about power, but about survival,” said Sajjad Jiyad, an Iraq-based analyst and fellow at the Century Foundation.

Over the past month, interim Prime Minister Mustafa al-Kadhimi was forced to leave the funeral of a famous poet in Baghdad after some mourners began chanting anti-government slogans.

Al-Kazemi’s convoy was pelted with stones, and he told reporters on Tuesday that political obstruction affects the work of the government and the state and degrades the morale of citizens.

She argued that the national interest recedes in favor of short-sighted considerations of resource control and the power game.

Sadr, whose party won the largest number of seats in the elections, was unable to muster enough lawmakers in parliament to obtain the two-thirds majority needed to elect Iraq’s next president, a necessary step before naming the next prime minister and appointing his council.

Al-Sadr vowed in a speech last month not to cut a deal with his rivals and hinted at the capabilities of his militia, Saraya al-Salam
Sadr’s tripartite alliance includes Progress, a Sunni party led by Muhammad al-Halbousi, who was elected speaker of parliament in January, and the Kurdistan Democratic Party led by Massoud Barzani. The bloc intends to form a majority government, which will be the first since the introduction of a consensus-based power-sharing system following the US invasion of Iraq in 2003.

The government will exclude Iranian-backed Shiite rivals from the coordination framework, which includes the State of Law coalition led by Nuri al-Maliki and the Patriotic Union of Kurdistan.

Al-Sadr and Al-Maliki, longtime staunch political rivals, installed their loyalists in all ministries to bolster their political endeavours.

Both politicians fear that if one of them is in power, he will use state resources (including the judiciary and anti-corruption commissions) to purge the institutions of his rivals.

Sadr and Qais Khazali are also embroiled in a deadly conflict, with assassination campaigns targeting members of their militias throughout the Shiite heartland in southern Iraq.

This time, Iran was unable to mend the differences between the Shiite opponents, a role that was in the hands of the great Iranian General Qassem Soleimani

Ironically, the current stalemate resulted in part from the parties’ disengagement from sectarian-oriented groups. In the past, the Shiite alliances formed a united front to negotiate with the Sunni and Kurdish blocs. But alliances this time crossed sectarian lines, inflaming tensions within each sect.

Many fear the outbreak of violent protests resulting from the absence of an agreement between the large popular base supporting al-Sadr and the Iranian-backed militias.

Al-Sadr pledged in a speech on the 16th of May not to strike a deal with his rivals. He also hinted at the capabilities of his militia, Saraya al-Salam, which recently opened the doors to new recruits in the provinces of Babil and Diyala.

The Iraqi Supreme Court’s recent decision to prevent the interim government from drafting and passing laws angered al-Sadr. This eliminated the ability of the interim government to use public funds to pay for food and purchase energy from Iran in the absence of a budget. But al-Sadr scored a small victory, as parliament convened late Wednesday and passed a food security bill.

In private, Iraqi militia leaders spoke of fears that the stalemate could lead al-Sadr’s supporters to take to the streets and clash with rival armed Shiite militias.

In the past, Iraq has witnessed long-running political bickering between rival groups over the selection of a new president and prime minister, although the current stalemate in electing a president is the longest to date.

This time, Iran was unable to mend the differences between the Shiite rivals, a role that was in the hands of the great Iranian General Qassem Soleimani, who was killed in an American drone strike in January 2020. His successor organized at least three trips to Iraq to mediate between the Shiites, but failed to achieve a breakthrough.

Conflicts obstruct the political track in Iraq
Tehran recently cut off 5 million cubic meters of gas exports to Baghdad under the pretext of non-payment. Iraqi Electricity Minister Adel Karim told The Associated Press last month that he did not know how Iraq would pay the $1.7 billion in arrears before the scorching summer months.

Meanwhile, the independents (the 2019 protest movement parties that formed an extension movement and won nine seats in the 329-seat Legislative Council) seem to have lost their way. They swore in the past to become a formidable opposition force to represent the protesters’ demands in Parliament. The General Secretariat of the Extension Movement decided to relieve Iraqi parliament member Alaa Al-Rikabi from the position of Secretary-General of the movement, from which five deputies defected due to his vote in favor of electing Al-Halbousi as speaker of parliament, as the demonstrators see that Al-Halbousi is complicit in the killing of activists during the protests.

The official spokesman for the Extension of Rasoul al-Saray movement said that the two Shiite blocs want to use the independents “to cover their failure to form the government.”

Some independents said they faced threats. One said he was offered tens of thousands of dollars in bribes to join the anti-Sadr group. The independents spoke anonymously, fearing for their safety.

Some, with the dwindling prospects of forming a consensus government, put forward the option of holding new elections, but Sajjad Jiyad does not agree and said that they start from scratch and pose a risk to everyone.