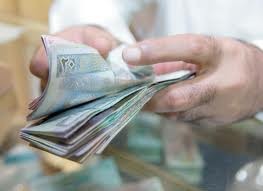 Said financial expert Mohsen Ali, the presence of internal and external factors control the increase of the exchange rate of U.S. dollar against the Iraqi dinar, saying, that the Central Bank and the Iraqi Stock Exchange does not bear a reason for that.

Ali said the central bank is working hard since (2003) to increase the value of the Iraqi dinar against the dollar U.S. and keep its price for a long time, but the exchange rate of U.S. dollar against the dinar a result of internal factors that have occurred recently in the country Kalnsaat political and other factors external and added, no one can bear the responsibility for the cause of high exchange rate of U.S. dollar during the current period, whether the central bank or Iraqi Stock Exchange, because it is a phenomenon that occurs in all countries of the world that went through the same circumstances that fought Iraq in the current period. The Finance Committee, the parliamentary carried the cause of the high value of the dollar against the Iraqi dinar to the companies registered in the Iraqi market for securities as a result Mtagertha in its share of the dollar that you receive from Bank by selling the currency instead of buying them for goods and cargo. and declining exchange rate of the Iraqi currency in a banner during the past few days against foreign currencies, especially the dollar, raising fears of the citizens of the continuing decline, and Some attribute this decline to the resort’s central bank to implement more stringent measures in the last few years on the sales of hard currency, especially the dollar, which led to a lack of circulation of U.S. currency in the markets and increase demand and thereby increase its value against the dinar, but others believed that the currency’s decline is due mainly to the growing political divisions that threaten the stability of the country and weaken confidence national currency.