The Iraqi parliament’s resumption of its sessions: an approach to ending the intractability or coexisting with the crisis

The Iraqi parliament’s resumption of its sessions: an approach to ending the intractability or coexisting with the crisis 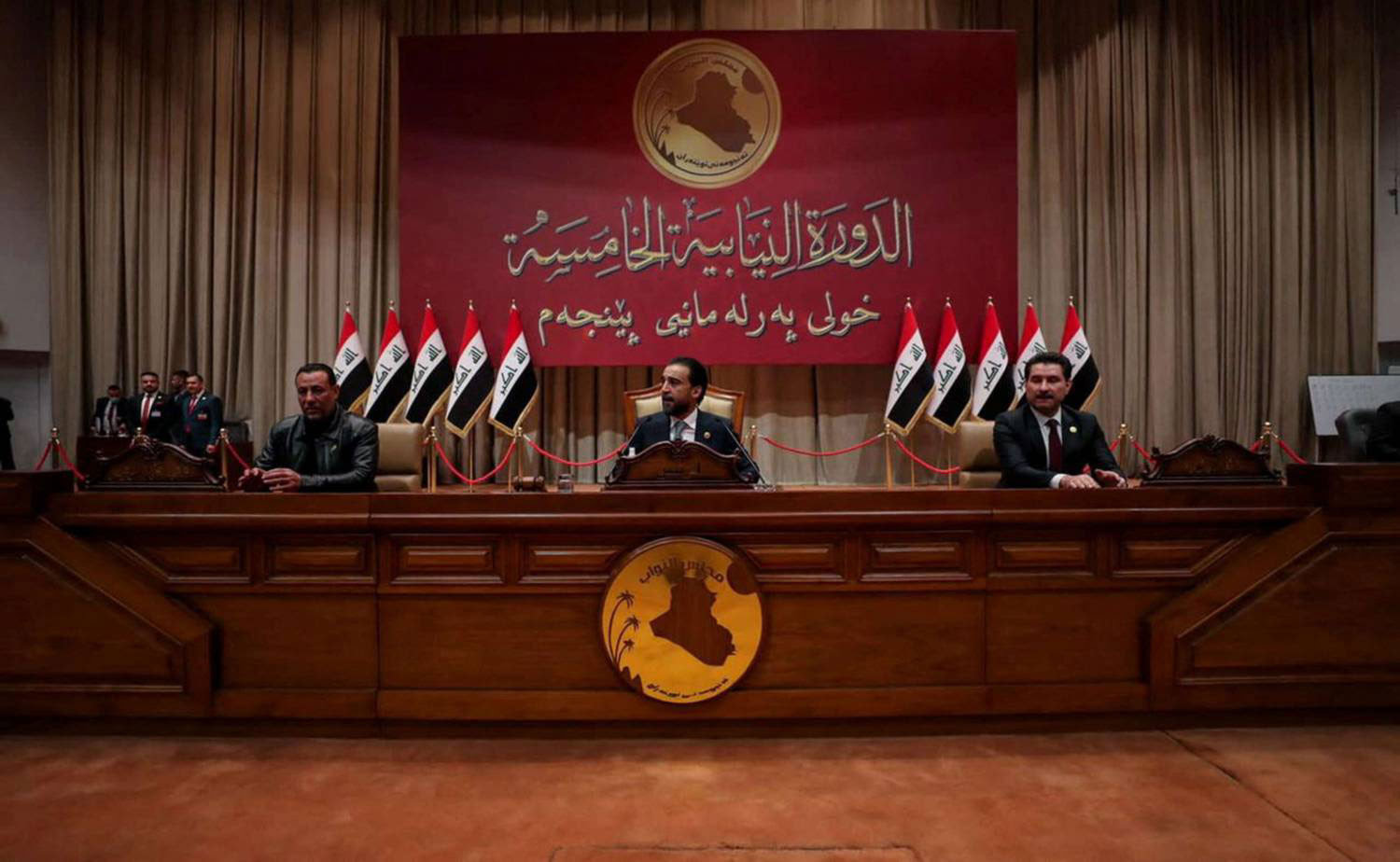 The Iraqi parliament resumed its sessions after weeks of disruption due to the absence of consensus between the political parties on the election of a president for the republic and the formation of a new government.

Representatives believe that the return of the parliament’s work may constitute a way to end the state of political impediment. On the other hand, observers of the Iraqi scene are pessimistic, considering that the parliament’s resumption of its activity reflects in part the beginning of coexistence with the crisis.

On Wednesday, the deputies held two sessions, one of which discussed a bill criminalizing normalization with Israel that was put forward by the Save a Homeland Alliance, and the second session discussed the emergency support law for food security and development.

The naming and formation of the permanent parliamentary committees was completed by voting on the membership of the deputies nominated for its membership.

Independent MP Hussein Al-Sa’bri expressed in press statements his hope that “the two sessions will be a gateway to unblock the state of obstruction by revitalizing Parliament after its stagnation for more than a month.”

Disagreements between the political poles, especially the Sadrist movement and the coordination framework, greatly affected the work of the House of Representatives

Al-Sabri added that “the two sessions are important because of the laws they include, as well as the formation of parliamentary committees,” noting that “political conflicts have disrupted the sessions more than once.”

He urged the deputies to sit at “one dialogue table to end the state of political blockage,” and he added, “If the crisis remains as it is, we will call as independents for an emergency session to dissolve Parliament,” noting that the issue of “disrupting the formation of the government has negative effects on the lives of citizens.”

The last session of the Iraqi parliament was held last March and saw the vote on amending some paragraphs related to the internal system, members of the legal committees and the external and financial relations.

The explosive differences between the political poles in Iraq, especially the Sadrist movement and the coordination framework, greatly affected the work of the Parliament, and led to the disruption of many bills.

Among the stalled bills are the general budget law for the current year, the oil and gas law, the civil status law, the law to protect diversity and combat sectarian and ethnic discrimination, the enforced disappearance law, and the law for distributing residential lands to citizens.

Observers point out that there are no indications yet of the possibility of the poles of the political process reaching a consensual solution despite the multiplicity of initiatives, and therefore the option presented is an extension for the two sides to avoid a vacuum, especially since there are many forces, especially the forces of the coordination framework, that are not enthusiastic about dissolving Parliament and going to elections. new legislative.