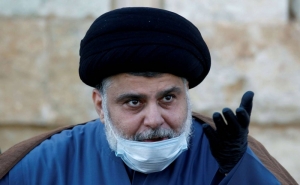 The decision of the Federal Supreme Court to authorize the opening of candidacy again for the presidency, by a decision of the House of Representatives, added more complexity to the Iraqi scene, amid warnings of political paralysis that may last for a long time.

Baghdad – Iraqi political circles said that the decision of the Federal Supreme Court regarding the appeal submitted about reopening the door for candidacy for the post of President of the Republic will deepen the political crisis in Iraq, and open the way for additional complications within Parliament.

The circles explained that throwing the ball to Parliament represents a real problem, as this gives political parties a strong pressure card by threatening to prevent the convening of the session to open the door for candidacy for the presidency of the Republic in the event that it does not get its goal from participating in the political process, and this may end the country in a state of paralysis. long political.

Choosing a President of the Republic is a mandatory path to form the government in Iraq, as the president, according to the constitution, is the one who assigns a prime minister the formation process.

The circles considered that the decision of the Federal Court would also increase the embarrassment of some forces, especially the Sadrist movement, which has the parliamentary majority, which had hoped that the court would finally resolve the unconstitutionality of opening the door for candidacy to avoid embarrassment with its ally, the Kurdistan Democratic Party, and also to quickly resolve the two presidencies.

Abdul Salam Barwari: The court’s decision does not lead to a problem, but rather leads to a constitutional solution

And the Federal Court, which is the highest judicial body in Iraq, announced that the decision to reopen the door for candidacy for the post of President of the Republic is made by a decision of the House of Representatives and not by its presidency.

The court said during a session held on Tuesday that “it is permissible to reopen the door for candidacy for the position of President of the Republic, but by a decision of the House of Representatives and not from the presidency of the Council.”

She explained that “there is no constitutional or legal text that grants the presidency of the House of Representatives the power to reopen the door for candidacy for the position of President of the Republic.”

The independent deputy, Basem Khashan, had submitted an appeal against the decision of the Presidency of Parliament to open the door for candidacy again for the presidency of Iraq, after the name of the Kurdistan Democratic Party candidate, Hoshyar Zebari, was withdrawn following a court ruling issued that he was not constitutionally qualified to run for this position or other positions on the background of suspicions of corruption surrounding with it.

In his first comment on the court’s position, Khashan said that the decision canceled all previous candidacy procedures, pointing to the possibility of holding a special session of Parliament to pass the decision to open the door for candidacy again.

The deputy explained that “the decisions of the court to reopen the door for candidacy may be decided by the House of Representatives and not by the presidency of the Council, and this means that Parliament, after the agreement of all parties, will set a special session, because all previous candidacy procedures are canceled after the decision of the Federal Court.” He added, “If a session is set, it will pass without objection or disruption.”

The political circles say that the Federal Court’s decision will push the Democratic Party to be more strict in passing its candidate for the presidency of Iraq, and will put the leader of the Sadrist movement Muqtada al-Sadr in a difficult situation between supporting President Barham Salih, who intersects with him in his previously announced reform program, and keeping pace with Its ally is the Democratic Party, which insists on monopolizing all the top positions assigned to the Kurdish side.

The Democratic Party, led by Massoud Barzani, had announced earlier the nomination of the Minister of Interior in the Kurdistan Region, Reber Ahmed, for the position of the presidency of the Republic, to enter into a competition with the candidate of the Patriotic Union of Kurdistan, President Barham Salih.

The circles pointed out that al-Sadr’s problem is not limited to his ally the Democratic Party, but also the possibility of him being blackmailed by his opponents within the coordinating framework regarding holding a parliamentary session to agree on opening the door for candidacy.

The circles expect that the framework that represents the forces loyal to Iran will present the current bargaining between accepting the involvement of all its members, including the State of Law coalition in an alliance with it that produces an agreement on the presidency of the republic and the government, or that the framework will make sure not to hold a parliamentary session and thus the crisis remains open.

The leader of the Sadrist movement strongly rejects that the State of Law coalition led by former Prime Minister Nuri al-Maliki has any role in the political process in the next stage, in return for that the forces of the coordination framework adhere to the participation of al-Maliki or the disruption of the political process.

The circles believe that the least costly solution for the Sadrist movement lies in convincing the Democratic Party of the need to reach an agreement with the Patriotic Union of Kurdistan. Otherwise, matters for the movement will become more and more complicated.

The Democratic Party was quick to express its satisfaction with the decision of the Federal Court in a position that is not without opportunism, as the party had previously accused the court of “politicizing” against the background of its decision to exclude its candidate, Zebari.

Democratic Party member Abdul Salam Berwari said on Tuesday that the Federal Court’s decision does not lead to a problem, but rather leads to a constitutional solution, stressing that the candidates of the second list can compete again for the position.

Berwari added in press statements, “According to this decision, it is possible to reject the list of candidates for the presidency of the second republic, but the House of Representatives can hold a session in the presence of an absolute majority of 165 deputies and put forward a draft resolution to reopen the door for candidacy and it can be passed easily, so that the candidates whose constitutionality has been challenged can this time The second is for them to be re-nominated, and the result will not change.”

He explained, “In a more precise sense, the names of the candidates in the second list can be put forward again under a constitutional and legitimate banner, and in the end we will reach the same result as long as there is a possibility for Parliament to vote to open the door for candidacy, which means that the same candidates will submit again and I think that Reber Ahmed will be re-nominated once. other.”