The Commission admits: The appeals strongly affected the election results

The Commission admits: The appeals strongly affected the election results 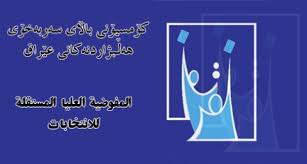 On Sunday, the Independent High Electoral Commission approved a date that the appeals had a strong impact on the results of the parliamentary elections, while it was likely that the results would be announced within the next two days.

A member of the media team of the commission, Imad Jamil Mohsen, said in a statement reported by the official Iraqi News Agency, that “the commission is ready to announce the results after the judiciary has decided on all appeals,” noting that “it is hoped that the final results will be announced within two days.”

Mohsen added, “The appeals had a strong impact on the results, as the stations canceled by the judiciary changed the number of seats, except for the final results that are not resolved until they are announced.”