Al-Kazemi’s assassination attempt: The moment of the decision to dissolve the popular crowd is approaching

Al-Kazemi’s assassination attempt: The moment of the decision to dissolve the popular crowd is approaching 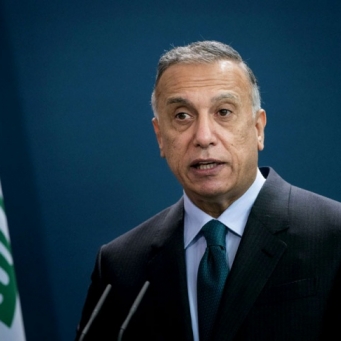 The pro-Iranian militias in Iraq, with their failed assassination attempt against Prime Minister Mustafa Al-Kadhimi, lost all chances of being accepted as part of the next government. Al-Kazemi realized, if he remained at the head of the government, that the chances of bargaining with the state groups no longer had a place and that he was lenient with them enough that they almost killed him.

On Iran’s condemnation of the attempt, people close to Al-Kazemi said that Iran condemned the failed attempt because it failed; The drones are Iranian, the militias launched by them are Iranian, and the execution orders are Iranian, but the condemnation is the same as Iranian “piety.”

Iraqi political circles said that the leaders of the state groups were waiting for the success of the assassination attempt on the night of the execution, while they were preparing to issue memorial statements praising Al-Kazemi’s virtues and considering him a national hero. This is despite the fact that some of them made public threats to kill him. However, they were shocked by the failure of the attempt, and they denounced it, as did Iran.

It is believed in Iraq that the next target is Muqtada al-Sadr, the leader of the “Sadr movement” who made progress in the elections at the expense of the rest of the other Shiite parties.

Sadr’s rivals say that his current will disappear with his disappearance, returning them to “the forefront of the Shiite scene.”

Since taking power, Al-Kazemi has tried to appease the Popular Mobilization militias and refrained from confronting their violations, beyond verbal calls to impose respect for the sovereignty of the state, and participated in its most recent military parades in Diyala, but he almost paid with his life for his hesitant stance towards these militias.

The state groups fear losing influence if they move away from power, and fear the exposure of corruption and violations, which could put their leaders under the law, especially since some of them do not hesitate to admit their responsibility for committing acts of terrorism.

Observers say that the failed assassination attempt is supposed to put an end to the survival of these groups as an anomaly armed force, threatening and committing crimes and serving Iran’s agenda, while receiving funds from the Iraqi government.

A high-ranking Iraqi security official considered that targeting Al-Kazemi’s house by a drone was a risk with all the remaining assets owned by the militias, in the hope of changing the course of events taking place in a way that is not in their favor.

In a statement to Al-Arab, the official said, “The state militias and a number of party leaders are at a crossroads; Either they have a position in the new government that maintains their presence, or they activate pre-prepared scenarios to confuse the situation.”

He suggested that the Houthi scenario is one of the plans that the Shiite militias are considering to storm the Green Zone and impose a fait accompli, when they lose other options to remain as the dominant forces within the state.

The source stressed that the forces of the Counter-Terrorism Service, headed by Lieutenant-General Abdul-Wahhab Al-Saadi, are ready to confront any potential dangers threatening the political process.

The security official ruled out any possible confrontation between government security forces and militias, but stressed their readiness for any emergency.

PreviousNext
Senior militia leaders in the PMF fear that the formation of the new government will end their presence as the controlling force of the so-called deep state. Senior militia officials also fear that files of kidnappings, killings and corruption will eventually be opened, which will eventually lead them to judicial conviction and sentencing.

And the “Al-Fateh” list, which includes the largest Shiite militias headed by Hadi al-Amiri, supported by the leader of the state of law Nuri al-Maliki, is pushing for pressure on the Sadrist movement to form a joint government.

Al-Maliki, al-Amiri and senior militia leaders believe that their mere marginalization in the new government means their political end, stressing that they are ready to face any other situation that does not preserve their influence in the next government.

An Iraqi parliamentarian who won the recent elections – who preferred not to be named – described targeting Al-Kazemi’s house as a clear indication that the armed factions are ready to reach the maximum possible escalation in order to obtain the chairs that the new election law has deprived them of and the strength of organizing the competing forces.

In a statement to Al-Arab, the parliamentarian expressed his belief that Iraq is on the verge of armed clashes, the first party being the government and the Sadrist movement’s “Peace Brigades,” and the second party being the Iranian-backed armed factions.

And he said, “The armed factions’ fear of the Sadr-Al-Kazemi alliance and Lieutenant-General Ahmed Aborgev – head of the Supreme Committee for Investigation of Major Corruption Cases – may eventually lead to the hanging of the gallows for some militia leaders in Tahrir Square, which will push them to persist in accepting them as a partner in any future government. He gave her political positions in exchange for the parliamentary seats she lost.”