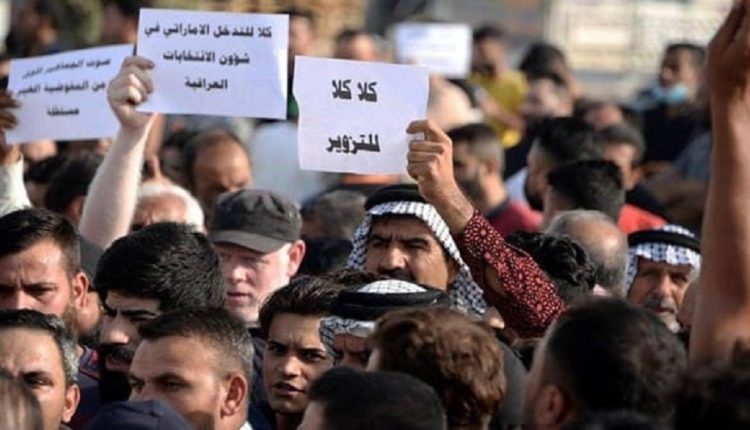 A member of the State of Law coalition, Kati’ al-Rikabi, confirmed on Thursday that the forgery was not in any other station, indicating that the available information indicates that it occurred in all governorates.

Al-Rikabi said, in a press statement, that “the chaos that occurred during the elections was caused first and foremost by the commission’s laxity and negligence in many procedures,” noting that “the solution to this confusion is in the hands of the commission exclusively, and we will not allow further procrastination.”

He added, “The procedures and results and what followed were disappointing and far from the expectations that we were drawing, and this undoubtedly indicates the existence of a comprehensive fraud and not limited to one or two centers.”

He pointed out that “the rule of law will not stop demanding a re-counting and total manual counting, and we reject any proposal other than what the Shiite coordination framework presents, which objects to the results in whole and in detail.”

Three days ago, counting and sorting operations began for more than 70 electoral stations out of 400 stations for which appeals were received in Nineveh Governorate, and everyone is awaiting the results that will be announced after this process.