British newspaper: The low turnout and the large number of appeals make the Iraqi elections meaningless

British newspaper: The low turnout and the large number of appeals make the Iraqi elections meaningless 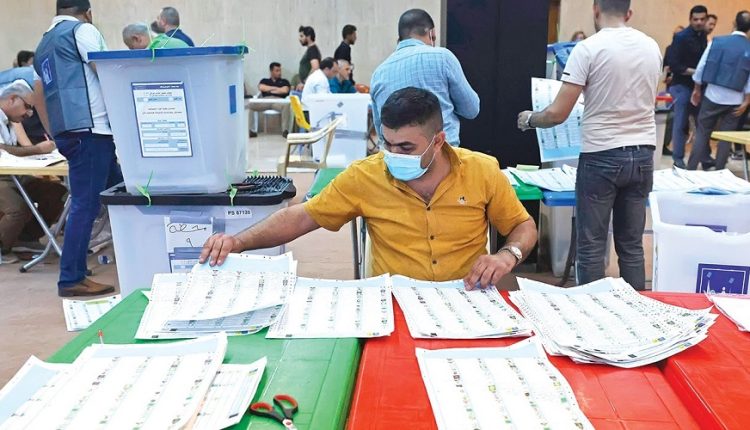 A report by the British newspaper The National confirmed, Thursday, that Iraq is going through a constant state of change as the final approved results have not yet been announced, as many Iraqi parties continue to reject the results of the early parliamentary elections in the country, while the next few weeks will witness an increase in rumors about potential candidates For the position of Prime Minister and political parties that may join a coalition government.

The report stated that “the process of forming alliances and the race that is taking place from them and currently underway in Baghdad may take months, as happened after the previous elections, but the most worrying thing is the high number of appeals regarding fraud and tampering with ballot boxes. The longer the process lasts, the more harmful it is to potentially stable transmission.”

He added, “The appeals submitted regarding forgery and fraud will be sent by the Independent High Electoral Commission to the Judicial Committee, which will then consider it. Once the committee has decided on these appeals, the results will be sent to the Federal Supreme Court for ratification. When it is ratified, Iraqi President Barham Salih will have to convene Parliament, and at every step there will be problems affecting the results.”

He explained, “There are many important questions about the final counting of votes that raise doubts about the entire process. The process itself has been undermined by the fact that it has recorded the lowest voter turnout in any election since 2003. With only 41 percent of registered voters and 36 percent of all eligible voters casting ballots, it is clear that the electoral process does not have the legitimacy it claims Politicians”.