Israel in response to the Iraqi government regarding the call for normalization: It came from the people, not from you

Israel in response to the Iraqi government regarding the call for normalization: It came from the people, not from you 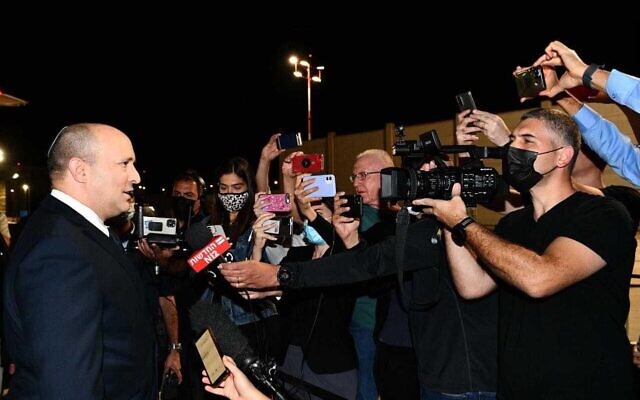 Shafaq News/ Israeli Prime Minister Naftali Bennett said, “Israel extends its hand in peace”, in response to the call of 300 Iraqi Sunni and Shiite figures for normalization between their country and Israel.

On Sunday, Israeli media quoted Bennett as saying that “hundreds of Iraqi public figures, both Sunni and Shiite, gathered the day before yesterday to call for peace with Israel.”

And he added, “This is a call that comes from below and not from above, from the people and not from the government, and recognition of the historical injustice suffered by the Jews of Iraq in particular is important.”

Yesterday, Saturday, the Iraqi government expressed its “categorical” rejection of the “illegal” meetings held by some tribal figures residing in the city of Erbil in the Kurdistan Region, by raising the slogan of normalization with Israel.