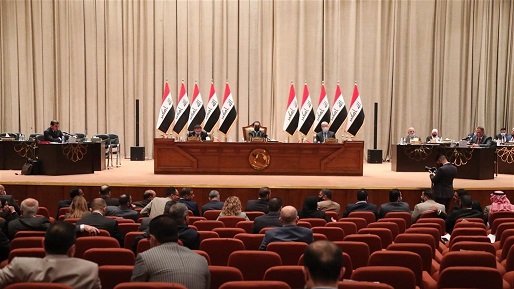 The Presidency of the Iraqi Council of Representatives warned the members of the Council of taking deterrent measures against absentees, including cutting their salaries, after a new session was dissolved for lack of a quorum.

Deputy Parliament Speaker Bashir Al-Haddad said in a statement to the Iraqi News Agency (INA), that “the sessions of the House of Representatives will be held after the quorum is completed.”

He pointed out that “the Presidency did not succeed in holding a session, despite setting the date for more than once, due to the lack of a quorum and the reason for the preoccupation of a large number of deputies running for the upcoming elections in electoral campaigns.”

He added, “The Presidency decided to suspend the salary of absent deputies, and we will return to work in the event that the quorum is not repeated.”

And he indicated that “the presidency of the parliament will work to stop the salaries of absent deputies, cut part of it, or stop it completely.” He pointed out that if a session was held with a full quorum, the laws ready for voting could be passed.