The scenario of the collapse of Afghanistan terrifies the Iraqis.. How can it be avoided?

The scenario of the collapse of Afghanistan terrifies the Iraqis.. How can it be avoided? 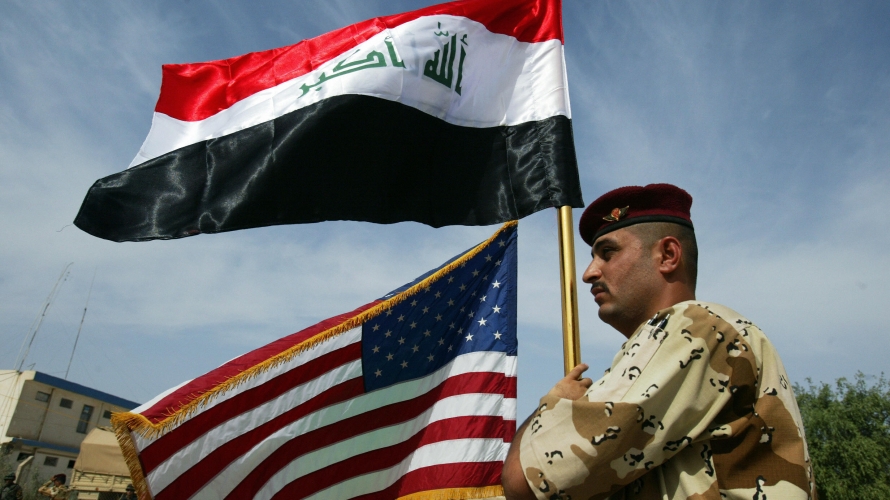 Shafaq News/ The American “Foreign Policy” magazine said that the Iraqis fear that their turn will come after the collapse of Afghanistan and its fall into the hands of the Taliban, following the US military withdrawal from the country, after a 20-year war.

And the newspaper added, in a report published on its website, that perhaps no one is more shocked by the disaster in Afghanistan than the Iraqi people, as they fear greatly that Iraq will face the same fate.

And she continued, “The Iraqis’ questions focused on: Will the United States end its 2,500-strong military presence in Iraq? And if this happens, will it lead to Iranian factions taking control of the country? Or the return of the terrorist organization ISIS? Or perhaps the outbreak of civil war?”

And she added, “The scenes of despair that occurred at Kabul airport last Sunday, raised feelings of tension and anxiety among the Iraqis, and were a reminder of what happened in 2014, when the army and police in Iraq collapsed, after being trained and armed by the United States, and they lost 3 provinces.” In battles against the terrorist organization ISIS.

The United States withdrew from Iraq in 2011, but was forced to return again to confront ISIS, which killed and massacred Iraqis.

Iraqis also fear renewed discussions in Washington and Baghdad about a complete US withdrawal from Iraq.

The “Foreign Policy” indicated that, as happened in 2011, Iran is pressuring the Iraqi government to ask US forces to leave, and Washington may be more willing to take that step now.

Similarities between Iraq and Afghanistan

And saw “Foreign Policy” that “it is very easy to find similarities in the situation between Afghanistan and Iraq.”

“Like Afghanistan, Iraq has a divided government, which prioritizes the politics of patronage over the proper management of competent security forces and other government services. Most notably, the Iraqi government and the collapsed Afghan government are vying for the title of the most corrupt,” she said.

She added, “As in Afghanistan, the Iraqi government and the Iraqi army are not willing to stand up to the factions that threaten the sovereignty and security of Iraq, and attack the Iraqis… In Afghanistan, it was not a matter of ability, but of political will, as Washington complains that the Iraqi government is It can lead the country militarily against the terrorist organization ISIS and counter-terror operations, but it does not do that in front of the factions.”

“Like the Taliban, these factions, despite public and international pressure, are seeking to gain power and have greater patience to achieve this goal,” she said. “They are playing a long game in this regard and have Iran’s support, while the Iraqis doubt the resilience of the United States.”

And “many Iraqis fear that the discussion about the withdrawal from Baghdad, which Iran is pushing towards, could find an open door in Washington, not only because the team that carried out the American withdrawal from Iraq in 2011 returned once again to the White House, but because the administration’s US President Joe Biden can coexist with a militia-led Iraqi government if attacks on American interests decline,” according to the newspaper.

The magazine went on to say that “there are fears among many Iraqis about the repercussions of the US administration’s deadline to withdraw combat forces from Iraq by the end of this year… It is certain that Washington’s changing priorities, and stress from Iraq is not limited to the position of the Democratic administration only… the administration has threatened Former Republican President Donald Trump closed the US embassy in Baghdad, after the faction’s attacks on US military and diplomatic staff increased.

Moreover, Washington’s sharp political vicissitudes are confusing its friends and partners in Iraq, many of whom have begun looking for other foreign sponsors to counter Iranian influence.

How to avoid Iraq the fate of Afghanistan?

And the American magazine felt that despite these similarities, Iraq differs, of course, which gives it an opportunity to avoid the fate of Afghanistan.

“Unlike Afghanistan, Iraq has a history of strong national institutions.. There is support from the Democratic and Republican parties in America to continue the path in Iraq, and to lead the anti-ISIS coalition, to prevent the terrorist group from re-emerging, and to strengthen economic relations, and the United States cannot Ignoring the threat that Iran’s expansionist agenda in Iraq poses to the region,” according to the newspaper.

The newspaper emphasized that “regardless of American interests, Iraq has a better chance of curbing the rule of the militias strongly backed by Iran, and unlike the Taliban, the diverse Iraqi factions lack unified leadership and acceptance at the national level, and the success of the American mission against ISIS and al-Qaeda in Syria.” It depends on the US presence in Iraq.”

She added, “However, Iraq could move towards the Afghan path, if relations between Washington and Baghdad are not controlled, and this is represented in maintaining and diversifying the US role in combating terrorism as well, and preventing Iran from implementing the scheme to destroy US-Iraqi military relations, with The factions’ insistence on continuing to attack American interests, knowing that the United States lacks patience and deterrence.”

“Foreign Policy” stated that “in order for the US-Iraqi relations to continue, there is a need to shift the focus towards investing in building the Iraqi military and security forces, and strengthening the institutional capacity to confront terrorism and in other areas. Therefore, achieving this goal requires that the US presence in Iraq is apolitical, and Washington must clearly state that redrawing its military presence in Iraq to turn to providing advice and assistance, does not mean abandoning Iraq at all.

Crucially, the Iraqi people need to feel the benefits of the relationship in areas such as trade, health care and education, as a series of US-Iraq strategic dialogues attempted to reach such a goal.

Foreign Policy concluded its report by saying, “After what happened in Afghanistan, Iraqi leaders may see that the United States is no longer a reliable partner.. However, the trend is towards finding an alternative to Washington, whether it is Iran or Turkey, or any other foreign country.” It will only exacerbate Iraq’s dependence on unreliable partners.. Iraqis must reform their government, and recognize the extent of corruption as the real challenge to Iraqi national security.”