“The dinar exchange rate” enters the electoral fray in Iraq

“The dinar exchange rate” enters the electoral fray in Iraq 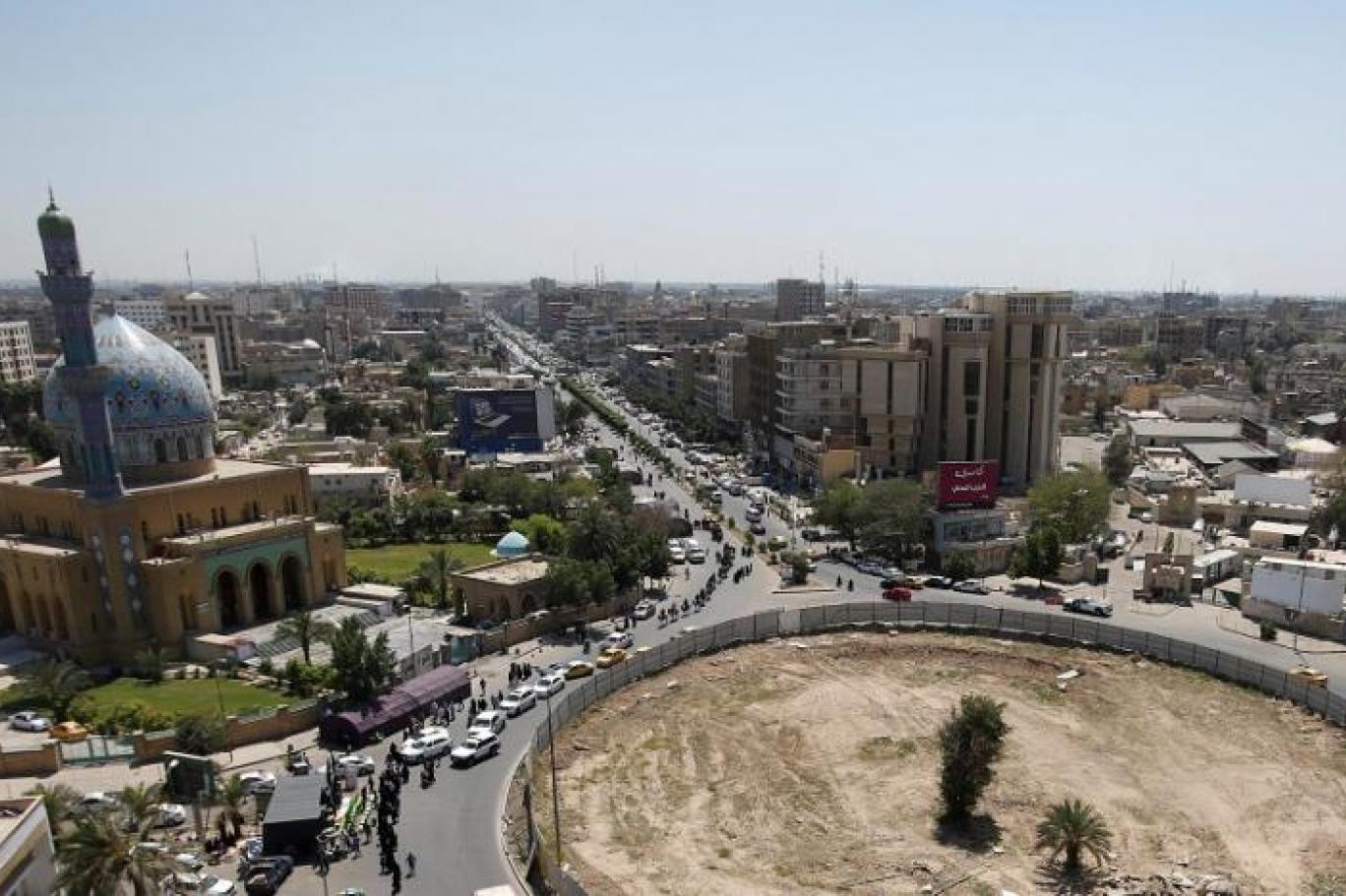 The exchange rate of the income of the dinar Iraqi in the election campaign for many of the actors involved in the entitlement of the Iraqi parliament, as affects a large segment of the Iraqi people that have been affected by the reduced value of the end of last year.

It seems that the lists participating in the elections’ lack of files of achievements to speak to the public, which are expected to boycott a large segment of the elections, made them jump to topics that tickle the feelings of simple people and people with limited income, such as returning the Iraqi dinar exchange rate to what it was before the end of last year, Although it is difficult and perhaps impossible to achieve this within the next few years.

Issued Bank CBI on December 20 (December) 2020, a decision to reduce the value of the Iraqi dinar against the dollar , the US guarantees to sell it through the phases, the first purchase of the dollar from the Ministry of Finance B1450 dinars to sell the central bank of banks B1460 dinars and then to citizens B1470 dinars.

The previous price of the dollar was sold by the Central Bank at a price of 1180 dinars, and then it is sold in the Iraqi markets at a price exceeding 1200 dinars.

The Shiite lists participating in the elections clearly used the issue of the exchange of the Iraqi dinar in the electoral campaign. The leader of the “Al-Fateh” list, Hadi al-Amiri, confirmed in a speech during the electoral announcement conference of his alliance, his quest to re-exchange the dollar raised by the government and the Central Bank, and to provide job opportunities.

The same positions were adopted by the leader of the “Coalition of State of Law” Nuri al-Maliki, the former Prime Minister, Haider al-Abadi, the “Islamic Virtue” party and some Shiite figures participating in the elections.

However, Shiite political blocs that were and still call for changing the exchange rate by returning it to its previous state, they denied that the purpose of their demands to change the exchange rate is electoral.

The representative of the “State of Law”, Kata Al-Rikabi, denied that his demand to change the exchange rate was part of the electoral slogan, explaining that his bloc demanded a change in the exchange rate months ago and during the vote on the budget.

Al-Rikabi added, “Our demand to change the exchange rate is not an electoral slogan, and we put forward our opinion and abstained from voting on the 2021 budget for this reason, and therefore our opinion is not part of the electoral race, because we do not make the Iraqi citizen a game between the conflicting parties.”

He points out that when the dollar exchange rate was raised, the “state of law” opinion was that the price “is not commensurate with the Iraqi citizen and is against the poor and the class below the poverty line, and it is our humanitarian and national duty to maintain this position and work to return the previous price.”

able to change it

On the other hand, the representative of the Al-Fateh Alliance, Muhammad Al-Baldawi, believes that the coalition’s demand to change the exchange rate is not an electoral slogan, and he will work to change it, and that he was previously opposed to raising the exchange rate of the dollar.

Al-Baldawi added, “Many companies and contractors stopped their work as a result of the high exchange rate, which led to large losses, in addition to the fact that raising the exchange rate harmed the simple Iraqi citizen.”

He explained, “We are working to change the exchange rate in the future, and we have a vision on the matter and we have submitted proposals to the government, and the latter has a vision and we respect all visions, but we believe that the citizen should not bear the tax of wrong policies, and thus we will work after the formation of the new government, and we will present our vision to it to adjust the exchange rate.” “.

Gradual reduction in the future

In a related context, Ali Al-Lami, a member of the Parliamentary Committee on Economy and Investment, believes that the slogan of some political blocs regarding returning the exchange rate to its previous position falls into the door of the electoral conflict, suggesting that there will be a gradual future reduction.

Shiite blocs, especially those loyal to Iran, put pressure on the government and the rest of the political blocs to return the Iraqi dinar exchange rate to its previous state, before it was reduced at the end of last year, taking advantage of the rise in food prices to obstruct the approval of the budget and threaten the Central Bank of Iraq and the government, and the spread in February (February) The “Hezbollah Brigades” militants in the capital, Baghdad, whose first goal was to comply with the demand of the Shiite forces.

However, these attempts failed to force the Iraqi parliament and the Central Bank of Iraq to change the new exchange rate, which was passed in the country’s general budget approved on March 31 of this year.

A member of the Parliamentary Economy Committee believes that there will be a gradual reduction in the exchange rate in the event that pressure on the Prime Minister or the Central Bank is increased by the political blocs, although the “Central” confirms that the rise is beneficial to the country’s economy.

It is constantly needed

In turn, the economic affairs specialist, Safwan Qusay, indicates that there is a need to continue at the current exchange rate, to provide good reserves of the dollar in the treasury of the Central Bank.

He adds that “if the Ministry of Finance finds that there is a surplus in revenues, it can support the Iraqi dinar in 2022, and that the support be gradual so that the reduction is according to a certain scale, and not a significant decrease,” noting that the government can reconsider salaries and social welfare expenses. Including reducing damage to the fragile layers.

Qusay continues that it is the Ministry of Finance that announces its capabilities to support the dinar or cover the fragile classes, and it is the one who determines the exchange rate, and members of Parliament do not have the decision as it is a financial measure and therefore they should not interfere in this matter, considering that the aim of these statements is to give an impression to the voter Al-Iraqi, that if elected, the exchange rate will be lowered.

He points out that strengthening the Iraqi dinar again means continuing to withdraw the central bank’s reserves, which leads to the weakness of its reserves, noting that any future decision in the reduction must be according to a gradual, studied ladder without confusing the market.

It is unlikely that the dollar exchange rate will be changed to less than 1460 dinars per dollar, explaining that the citizen’s purchasing power decreased, which was reflected in the sales of the Central Bank, and this is what the government bet on, i.e. a decrease in demand for hard currency, which contributes to compensating for the decrease in reserves.

Qusay continues that when Iraq’s reserves reach a reassuring level of 80 billion dollars in the coming period, then there may be a contribution from the central bank and the transfer of reserves into initiatives through the housing initiative, stressing that it is this monetary policy that corrects the exchange rate strike.

Iraq’s cash reserves of the dollar amount to about 63 billion dollars, after it was about 50 billion dollars at the end of 2020, which represented its lowest level in a decade, as it decreased from 90 billion dollars in early 2020 after a series of internal loans to the Iraqi government from the Central Bank And government and private banks, to cover salaries and expenses after the decline in oil prices, and it is dedicated to securing Iraq’s imports, as well as a cover for the local currency issued in the same year.

It’s hard to change it

The head of an institution specialized in economic studies, Manar Al-Obaidi, says that the independent policy of the Central Bank makes it difficult to respond to political pressures that seek to reduce the exchange rate of the dollar.

“Changing the exchange rate significantly will cause confusion in the Iraqi market,” he added, pointing out that the central bank’s policy is independent and does not follow electoral conflicts, and that politicians’ talk about the reduction is aimed at winning voters.

He asserts that the House of Representatives does not have the right to take the decision to reduce, but it is possible to question the governor of the Central Bank or dismiss him.

Regarding the control of currency smuggling, Al-Obaidi confirms that government figures show that there is a large smuggling of currency, and the Central Bank has not succeeded in reducing it, and the volume of remittances shows that it reaches the limits of 40 billion dollars, at a time when the volume of imports is 15 billion, which indicates A difference of $25 billion.

Despite the rise in the exchange rate of the dollar against the dinar, the Central Bank of Iraq’s dollar sales rose unexpectedly last July, as more than four billion dollars were sold, and the bank sold in five sessions before and after the Eid holiday about 200 million dollars in One session, in an indication of the return of the increasing demand for currency, which some interpret as most of it as part of currency smuggling out of the country.

The devaluation of the Iraqi currency is one of the most important conditions for international financial institutions, such as the International Monetary Fund and the World Bank, to support Iraq in 2021, as well as reforming the ration card system, lifting subsidies on fuel prices, and reducing the Iraqi government’s expenditures and the general salary rate in the country.

With the exception of the devaluation of the Iraqi currency and the start of reforms in the ration card system, the rest of the files were not moved due to the extensive political pressures on the Iraqi government to prevent it from implementing them, especially the reform of wages and salaries laws because they affect basic electoral segments of most Iraqi political parties.