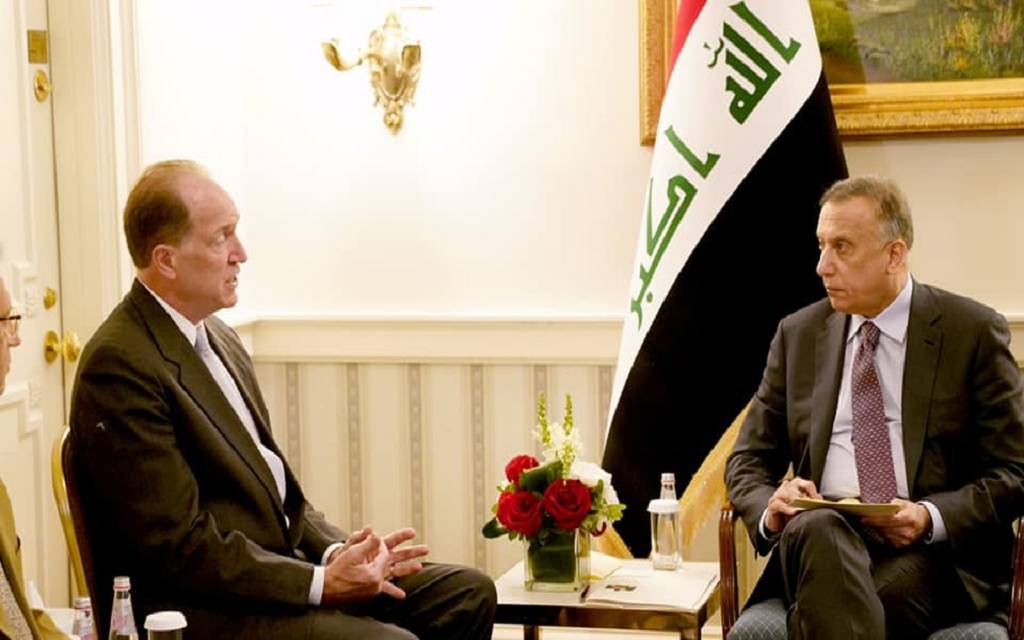 Mubasher: The Iraqi Prime Minister, Mustafa Al-Kazemi, met, at his residence in the American capital, Washington, the President of the World Bank Group, David Malpass, and his accompanying delegation.

Al-Kazemi stressed, according to a statement issued by the media office of the Prime Minister, the importance of developing cooperation with the World Bank and ways to develop it, calling for the rapid disbursement of more than one billion dollars, available as loans to the World Bank; To support the government in projects ready for implementation inside Iraq.

Al-Kazemi discussed with the President of the World Bank Group, supporting the Iraqi government’s plans in housing projects, and encouraging investments in this sector by American companies, and other companies.

They also discussed cooperation with regard to financing infrastructure projects in Iraq, in the areas of water, airports, and natural gas, and they discussed clean energy projects, especially solar energy to generate electric power.

Last Sunday, the Iraqi Prime Minister headed to the United States of America at the head of a government delegation; on an official visit that lasts several days; You will witness the discussion of Iraqi-American relations in various fields and bilateral issues of common interest.