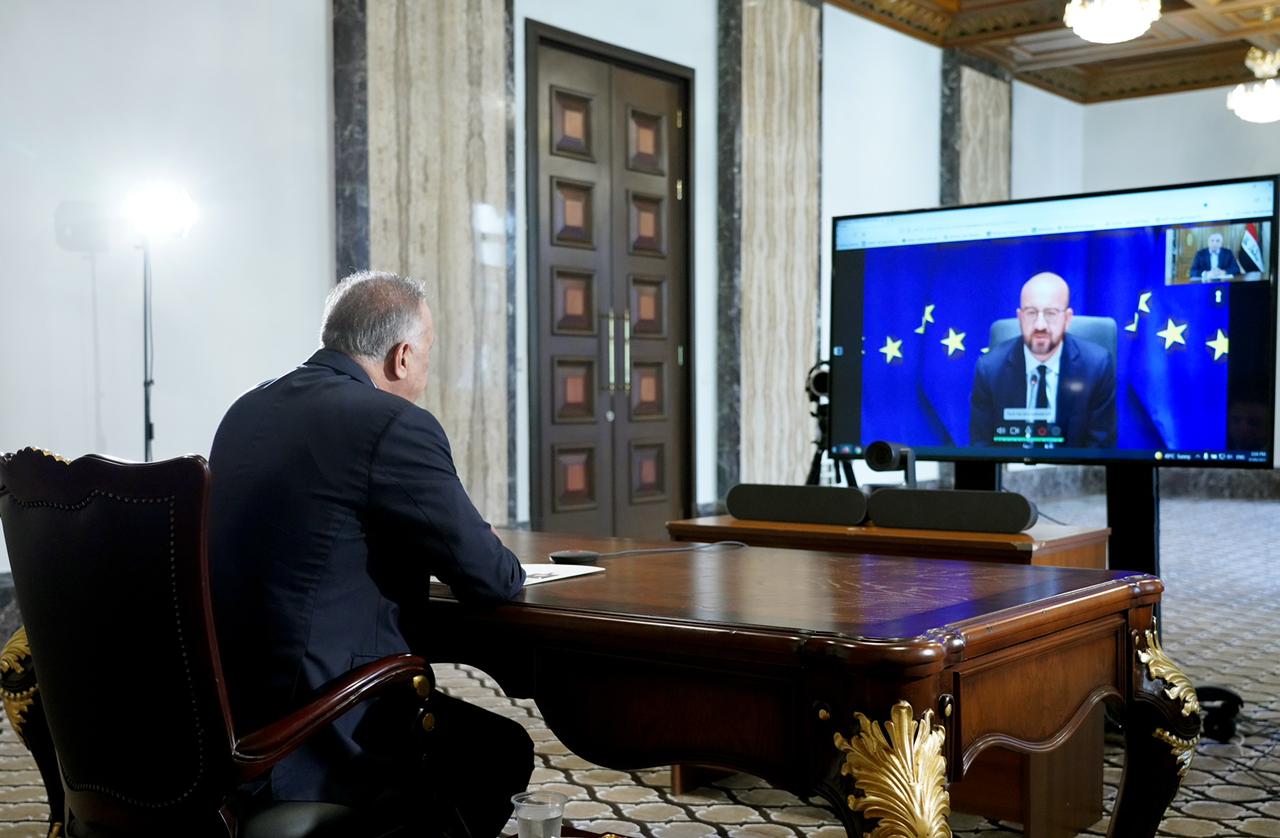 Shafaq News/ Iraqi Prime Minister Mustafa Al-Kazemi stressed on Tuesday the importance of benefiting from the European experience in post-war recovery, looking forward to the European Union’s support for the reforms undertaken by his government.

Al-Kazemi’s office said in a statement received by Shafaq News Agency, that the latter made a televised call today with the President of the European Council, Charles Michel, during which they discussed relations between Iraq and the European Union and ways to develop them, and discussing the file of Iraqi refugees and displaced persons, and addressing the problems and ways they face. They return to their homes after securing the appropriate conditions for that.

Al-Kazemi expressed, according to the statement, Iraq’s adherence to the approach of the best strategic relations with European countries, developing the level of economic and commercial cooperation with major European companies, and benefiting from the European experience in post-war advancement and presenting it as a model for development, as happened after World War II.

Al-Kazemi affirmed his aspiration for the European Union to support the reforms undertaken by the government within the framework of the white paper, which includes financial, economic, and institutional reforms, and the great challenges it faces. Because there are many parties affected by it, according to the statement, which indicated that the call also discussed cooperation with the European Union in efforts to combat corruption and money laundering.

For his part, the President of the European Council, Charles Michel, affirmed his quest to develop relations with Iraq, and his keenness to establish a true partnership with it.

Michel praised Iraq’s growing regional role, and indicated that the European Council considers Iraq a primary and preferred partner in the region.