The Secretary-General of the United Nations on the bombing of Sadr City: The scourge of terrorism knows no borders

The Secretary-General of the United Nations on the bombing of Sadr City: The scourge of terrorism knows no borders 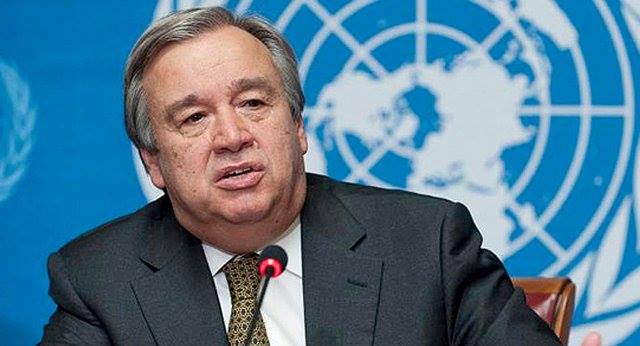 The Secretary-General of the United Nations, Antonio Guterres, strongly condemned the horrific attack that targeted civilians in a market in Sadr City, east of Baghdad.

Guterres said in a statement, “I extend my deepest condolences to the families of the victims and to the government and people of Iraq, with my best wishes for a speedy recovery for the injured.”

“This deadly attack ahead of Eid al-Adha is a reminder to all of us that the scourge of terrorism knows no borders,” he added.

Guterres stressed “the need to bring the perpetrators of this crime to justice urgently.

“This heinous act, ahead of Eid al-Adha, is a horrific reminder of the scale of violence that children in Iraq continue to face,” UNICEF Representative in Iraq Shema Sin Gupta said in a statement.

In its statement, UNICEF indicated that at least 25 people, including children, were killed, while dozens were injured as a result of an explosion in the popular Al-Wahailat market, east of the capital, Baghdad.

“These children were preparing to spend special days in Eid with their families. Here we can only express our sincere condolences to their families, and we wish a speedy recovery for the injured,” said Shema Sen Gupta.

She stressed that “children should be protected at all times and raised in a safe environment free from all forms of violence.”