Political analyst: The government will buy its second term for 200 billion dinars!

Political analyst: The government will buy its second term for 200 billion dinars! 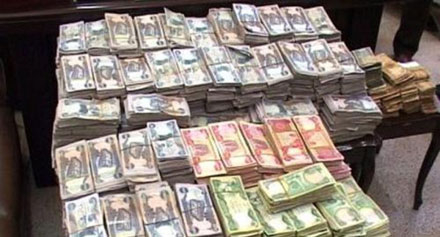 Political analyst Karim Al-Khikani said that the government’s recent measure to hand over the region’s sum of 200 billion dinars retroactively is interpreted as an attempt to buy the second term through this sum to obtain the region’s support in the coming period.

Al-Khikani said in a statement to “Al-Maalouma”, that “political parties are often satisfied with denunciation and denunciation without any real reaction to what is happening in political and security issues related to sovereignty.”

He added, “Some blocs confirmed that the government’s move to grant the region an amount of 200 billion dinars with retroactive effect is an illegal procedure, and therefore it is necessary to move towards the judiciary to stop such a decision.”

And Al-Khikani said, “SOMO confirmed a month ago today that the region has not committed to handing over oil imports, which is another matter that requires the government not to grant these sums to Kurdistan unless it is trying to buy the second state by obtaining the support of the Kurdish parties for it after the upcoming elections.” .