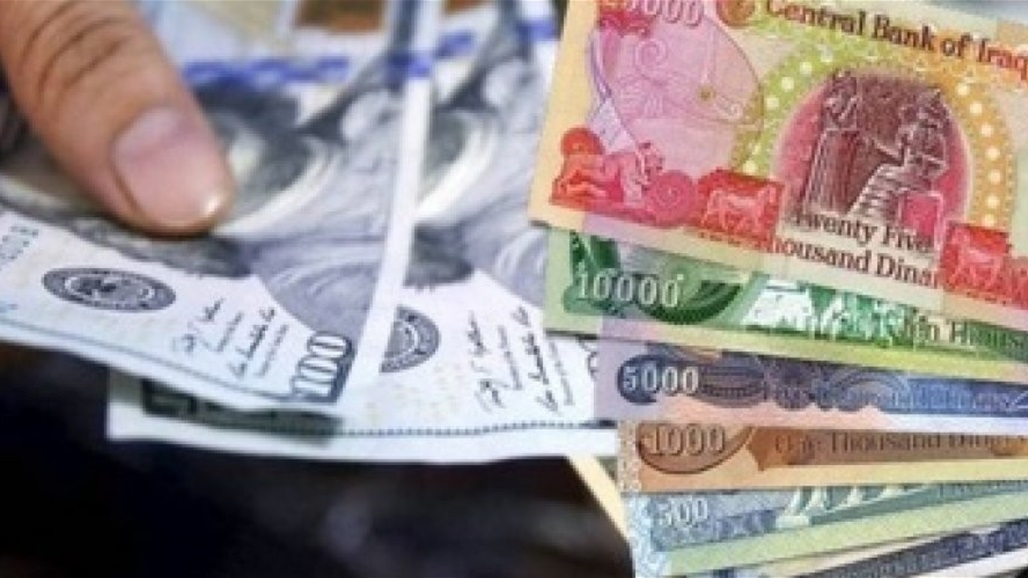 The rise in the exchange rate of the dollar against the dinar to about 150 thousand dinars for the 100 dollar bill has sparked a wave of popular and political anger and dissatisfaction, with many calls for the government to address this matter as a result of its negative impact on the citizen, at a time when a parliamentarian stressed the importance of creating The government is a mechanism to reduce the damage to the poor and low-income classes as a result of the high exchange rate of the dollar against the dinar, another indicated that the current increase in the exchange rate during these days had no justification, while an economic researcher called on the government to restore the prestige of the Iraqi dinar.

Al-Shabaki said in an interview with Alsumaria News, “Changing the exchange rate of the dollar is not one of the tasks of the House of Representatives or the Parliamentary Finance Committee, but we are within the follow-ups of market conditions, especially after the end of the blessed month of Ramadan, as prices rose at that time, but we expected that those prices would decrease and inflation would decrease.” The markets will stabilize after the end of the holy month, “indicating that” what happened is the opposite, as the current days have witnessed a remarkable rise in the exchange rate without any justification for this rise. ”

“The current situation needs a position or a decision from the government and the central bank,” al-Shibki addedMinistry of FinanceTo address this rise, considering that it is a government decision previously issued by it to raise the price, and it is concerned with dealing with its results. ” For his part, a member of Parliament confirmed

Mechanisms to reduce harm to the poor classes
Sarout said in an interview with Alsumaria News, “The high exchange rates of the dollar have a negative impact on the citizen and the daily standard of living for all segments of society, considering that this rise greatly reduced the purchasing power of the Iraqi dinar,” indicating that “the employee and the rest of the society’s segments of farmers and markets have all been exposed.” To great harm to this confusion in decisions, especially the poor classes that were victims of this rise. ”
Abbas SaroutThe importance of finding a mechanism for the government to reduce harm to the poor and low-income classes as a result of the high exchange rate of the dollar against the dinar. Economic researcher

Sarout added, “The government was supposed to find a mechanism to reduce harm to the poor classes and those with limited income, either by increasing the ration card items or disbursing sums of money through the ration card, or other measures that ensure a decent living for those classes,” pointing out that ” The government is concerned with finding mechanisms to balance the rise in the price of the dollar on the market and the citizen’s living condition.

He pointed out that “there is a scheduled interrogation during the coming days of the Minister of Finance inside the dome of Parliament, and the file of raising the dollar exchange rate may be among the files that will be raised among the questions due to its great importance,” stressing that “the next stage will have many proposals regarding the exchange rate in particular.” We are on the verge of electoral campaigns, and this file is considered one of the important files. ”

Restore the prestige of the Iraqi dinar

Diaa Al-SharifiHe called on the government to put in place real solutions to the problem of the exchange rate and work to restore the prestige of the Iraqi dinar, and to go to build a correct and not a fictitious economy.

Al-Sharifi said in an interview with Alsumaria News, “The frightening rise in the exchange rate of the dollar against the dinar to nearly 150 thousand dinars per hundred dollars is an issue that alerted us of its risks from the first moment in which it was talked about raising the exchange rate to 145 thousand dinars, and within the current data. It may reach higher levels and may reach 160,000 dinars, “indicating that” the beneficiaries of this situation are some parties that have private banks that have begun to raise the price through which they influence and dominate financial decisions, whether in the central bank or other economic chapters. ” .

Al-Sharifi added, “The citizen, especially the middle classes and those with limited income, is the first victim, as he cannot provide for the daily needs of living,” pointing out that “this matter brings us back to the government’s appeal to Article 20 of the budget that was dropped by Parliament and the government has challenged it in the Federal Court related to it.” By imposing a tax and deduction on the salaries of employees, which means that there are two strikes for the employee, which means that liquidity will decrease in the market, meaning a severe economic crisis, and the beneficiaries of it are parties that are on the fingers of one hand and may not exceed the two parties only, which are the decision makers and those steps.

He stressed, “The importance for the government to have a real and serious vision of the extent of the challenge and its risks to the Iraqi people, and to work to follow up the markets, not to prejudice the salaries of employees, to control the currency exchange market and to prevent it from getting out of control as is happening now, and for this file to be kept out of political conflicts with the near elections in order to Do not be used for electoral purposes, considering that this issue is political rather than economic, “explaining that” the rise in global oil prices, on its part, may encourage the government and the Central Bank to reconsider the current exchange rate, and work to restore the prestige of the Iraqi dinar because this step It means establishing a healthy economy and not a fictitious economy as some promote it. ”