New lies …. Electricity reveals when to increase the supply of electric energy

New lies …. Electricity reveals when to increase the supply of electric energy 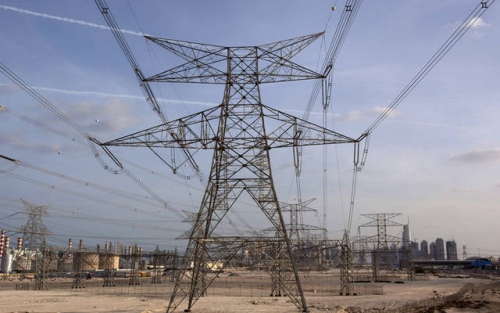 Today, Monday, the Ministry of Electricity revealed its own plan to increase the hours of supplying electric power, while setting a date to start its launch.

The ministry’s spokesperson, Ahmed Moussa, said in a statement that “during the visit of Minister of Electricity Majid Hantoush to Iran, all related matters were discussed regarding the release of financial dues for gas payments,” indicating that “a set of proposals were submitted to schedule debts on Iraq, and the Iranian side studied them. Until now, there has been no response from them. ”

Moussa added, “The Ministry of Electricity has a ready plan to increase processing hours at the beginning of next month even with the lack of gas releases, especially with the introduction of generative units for service, and others that have been maintained as Wasit station, which is now operating at full capacity, in addition to the first generating station in Salah al-Din, which It entered service at a rate of 600 megawatts.

On the other hand, the spokesperson for the ministry stated, “Iraq has completed all its belongings, with a rate of 81 percent, related to the Gulf connectivity. Negotiations are now underway with the Gulf Linkage Authority over the establishment of a line consisting of 300 kilometers that passes 220 kilometers inside Kuwait and 80 kilometers inside Iraq.”

He continued, “The passage of the lines on the Kuwaiti side will be linked to the Al-Faw power station and the Kuwaiti Al-Zour station, and the project will be a transfer of 500 megawatts in the first phase and will be ready in the summer of 2022,” explaining that “the project is not to import energy, but to exchange energy benefits and create reliability and readiness in the network by providing more than Source of energy. ”