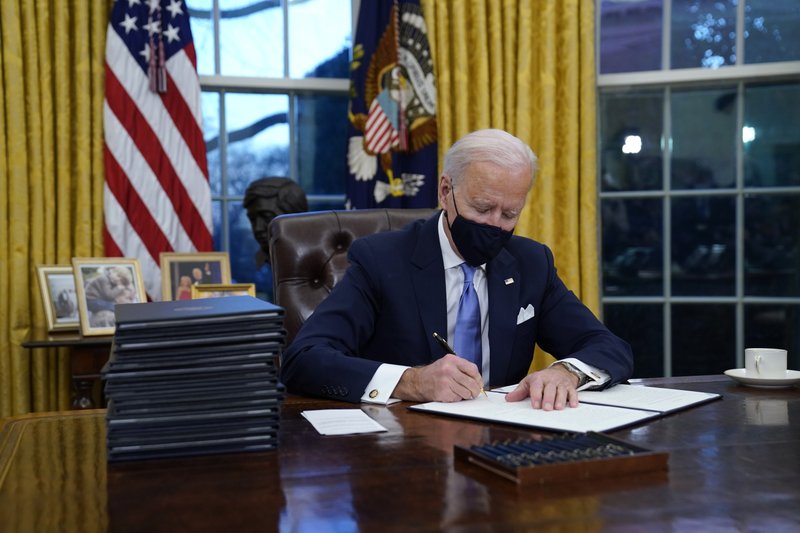 A report by Russia Today, Wednesday, confirmed that it is no coincidence that ISIS terrorist attacks in Iraq and Syria have returned while the Biden government is rebuilding power in Washington, as the Biden administration is a return to the Obama-Clinton era of globalization.

The report stated, “Those who celebrated Biden’s victory over Trump heralded a new era of the so-called war on terror. The American left has effectively authorized a new wave of multi-sectarian military hegemony campaigns for the neoconservatives that will be devastating to Syria and the region unless it is stopped before it begins.”

He added, “Joe Biden is no stranger to illegal US military intervention. He was a strong supporter of the war against Iraq in 2003, and Biden marketed the war as a“ march towards peace and security, ”and it was clear that it did not signify peace and security for the millions of Iraqis who are suffering. From the starvation, maiming, killing and dispossessed of Bush’s “shock and awe” campaign that followed, Biden’s role was pivotal in securing Senate support for Bush to go to war.

He continued, “Biden is the one who left the Gulf countries, Turkey and Jordan to arm and finance the terrorist groups that invaded Syria to occupy and destroy the territories in 2014, he was Vice President when the CIA’s Timbre Sycamore program began to transfer weapons and billions of dollars in aid to the so-called The “moderates” are all affiliated with al-Qaeda and ISIS in Syria.

He continued, “The recent wave of ISIS operations was identified in a timely manner. For example, but not limited to, if the goal is to facilitate the increase in aggression against Syria and the doubling of the American military presence in neighboring Iraq, then we must not forget that the United States is allegedly involved in supporting the terrorist group. And ISIS operations must always be viewed in close step with America’s predatory foreign policy in the region.

He pointed out that “the return of the hawks of the previous Obama administration may mean the restoration of the (Timber Sycamore) program to arm and finance the remaining armed groups inside Syria.” The most worrying thing is that the program calls for more decentralization in Syria, which may be translated as a revival of the plans for partition and escalation in Syria, as under the Biden administration we will likely see an increase in the military presence of the US coalition, especially in the northeast of the country. .

The report stressed that “one thing is clear, which is that Biden will not repair the devastation caused by the” regime change “war that lasted 10 years. This would put the United States in direct confrontation with Russia, Iran and Hezbollah in Syria, and therefore we must prepare for a turbulent future in the region under the leadership of Joe Biden, as the road map is the same. The only difference lies in the methods used to subdue a rebellious nation.