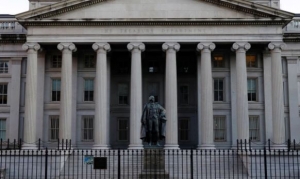 A few days ago, the US Treasury Department designated Switzerland and Vietnam “two currency manipulator countries,” which puts the next administration headed by Joe Biden before difficult choices.

In a report published by the American Foreign Policy magazine, writer Joseph Sullivan says that the Treasury’s decision this week was exceptional, as classifying a country as “currency manipulator” is a rare event, and the administration of outgoing President Donald Trump has not charged this accusation in the past. The former except for China.

In 2015, Trump pledged during his election campaign to classify China as a manipulative country in the currency on the first day after his inauguration as President of the United States, and after he took office, he made accusations against currency manipulators through his Twitter account, and confirmed that he would work to amend his country’s policy regarding international trade to reduce the trade deficit .

In the absence of clear policy features of the Trump administration in the face of currency manipulation during the past years, the classification issued by the Treasury, at this particular time, is nothing more than a new step in a series of measures aimed at putting obstacles in the way of the Biden administration.

Why Vietnam and Switzerland?
Indeed, since the adoption of the 2015 statutory legislation requiring the Treasury to issue specific standards for currency manipulation, Switzerland and Vietnam have been the only two countries that have met the three criteria set by the ministry: achieving a large trade surplus with the United States, achieving a current account surplus, and massively interfering. In the foreign exchange market to deliberately weaken the currency.

On the other hand, China has only fulfilled one standard, at a time when two standards are available in some other countries according to the US Department, including Germany, Japan and South Korea, and thus it has become under surveillance.

On this basis, it was necessary for the Treasury to issue the classification, otherwise it would have violated the laws, since Vietnam and Switzerland had met the criteria over the past 12 months, they had achieved a bilateral trade surplus in exchanges with the United States of not less than 20 billion dollars, and achieved a surplus. In total, in the current account by 2% of their GDP, the third criterion was met, ie “continuous unilateral intervention” to weaken the currency by at least 2% of GDP over a period of 13 months.

In the period between July 2019 and June 2020, the US Treasury estimated that Switzerland would enter the foreign exchange market amounted to $ 103 billion, or 14% of GDP. Vietnam’s intervention reached 16.8 billion, equivalent to 5.1% of the GDP, but why are countries striving to weaken the value of their currency?

According to the Office of the United States Trade Representative, Vietnam, a rising export powerhouse, has a long history of manipulating its currency, as devaluation means more exports.

Because of the tariffs imposed by the Trump administration on Chinese goods, Vietnam witnessed an increase in foreign investment, and its factories were able to ship their goods to the United States without customs duties.

With the influx of foreign investment and the appreciation of the Vietnamese currency, the authorities feared their exports would become less competitive, so they intervened aggressively to devalue their currency.

In Switzerland, the crises resulting from the Corona pandemic led to an increase in the value of the franc (the local currency) as a safe haven, and this meant lower prices, and consequently a decrease in the inflation rate, which amounted to less than 0.5% in 2019, and the possibilities of this country entering the cycle of negative inflation and economic contraction Fears in Wall Street, which made US policymakers show a kind of sympathy with Bern, according to the writer.

The US Treasury report considered that the Swiss authorities’ control of the currency’s value was a reaction to the risks of continued deflation, and an attempt to avoid the negative effects of inflation.

But this sympathy did not save Switzerland from being classified as a manipulative country according to the US Treasury. While acknowledging Berne’s legitimate concerns, the US report indicated that the authorities could have avoided manipulating currency measures “by increasing labor force participation rates and production growth.”

But the writer believes that this US policy, and the possibility of classifying other countries – which took similar measures to save their economies – as currency manipulative countries, may put Washington itself in the crosshairs of criticism.

For example, countries like Brazil complained about the United States’ manipulation of the currency after the Federal Reserve approved the quantitative easing program, which helped support the faltering US economy, but negatively affected the dollar’s value.

Obstacles to Biden
Despite the measures approved by the Treasury to strengthen cooperation with Switzerland and Vietnam with the aim of developing a plan to address the causes of the imbalances in the balance of trade exchanges, there is a very small possibility that either country will address these problems, even in light of Washington’s threat to take more stringent measures.

In Vietnam, the government chose to devalue its currency to limit the citizen’s purchasing power, and thus reduce the number of unemployed. In Switzerland, the central bank resorted to currency intervention rather than the policy of issuing bonds to fill the budget deficit. In both countries, it is unlikely – according to the author – that these policies will change after the release of the US Treasury’s semi-annual report.

In the end, this announcement will mainly affect the next US government – according to the writer – and it is likely that the next Secretary of the Treasury, Janet Yellen, will abide by the measures taken by the current administration.