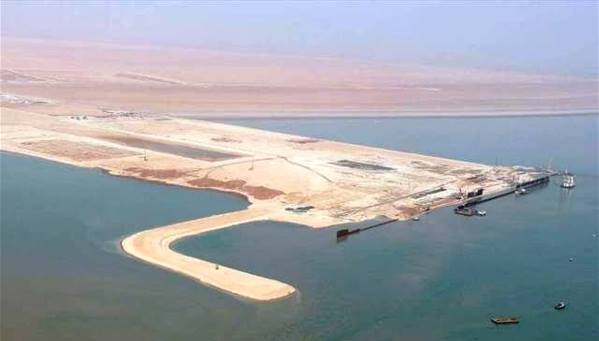 Thus, the corrupt were able to victory over the will of the Iraqi people through the cabinet vote to authorize the Ministry of Transport to implement the large port of Faw, taking advantage of the opportunity for the Iraqi people to become preoccupied with the high price of the dollar, which no one conceals that it was to cover up the corruption of the large Faw port contract.

Yes, the Minister of Transport, Nasser Al-Shibli of the Sadrist movement, announced today that the Council of Ministers voted to authorize the Ministry of Transport to implement the large port of Faw.

This means that the Korean company Daewoo will implement the construction of the large Faw port, even though the company is bankrupt were it not for the support of the Korean government

In an interview singled out by the Pratha News Agency, the source explained that the Saeron Alliance is the party that insists on the Korean company and made great efforts to obtain approval for it and submitted incorrect files on the Korean company in order to convince the specialized parliamentary committees that it is a solid company.

He pointed out that the Minister of Transport, Nasser Al-Shibli, who is supported by the Saeron Alliance, agreed to the company, claiming that “the main reason for heading towards the Korean Daewoo is that it obtained a decision from the Council of Ministers in 2019 to refer all or partial projects to it,” while it did not start any of the assigned work It has the testimony of the former head of the follow-up cell, who was fired by Al-Kazemi

Minister Al-Shibli said, “The Korean Daewoo is currently responsible for building roads inside the port and the burial of the breakwater. It is also responsible for the start of the gate for the tunnel that connects Al Faw port to Khor Al Zubair.”

This was also confirmed by Mustafa Al-Sanad, head of the former follow-up cell that Al-Kazemi disbanded:

We tell the economic committee of this trend that you committed suicide politically, socially and morally through your support for the Korean company, and we will follow up the work of this project and expose your thefts, which are estimated at five hundred million dollars, which you took as a disgrace from the company to cover your participation in the upcoming elections. Tomorrow to see him soon