He describes it as “immediate tinkering” … Parliamentary: Political parties behind the change in the exchange rate

He describes it as “immediate tinkering” … Parliamentary: Political parties behind the change in the exchange rate 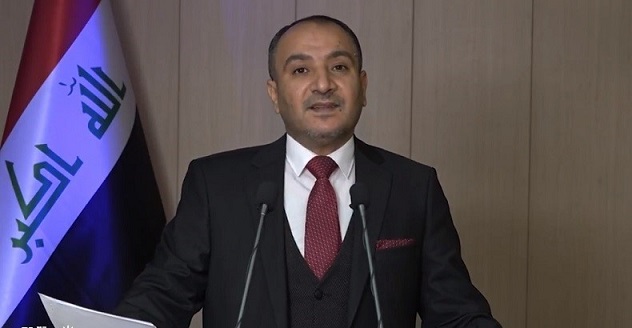 The MP for the National Approach bloc, Hussein Al-Oqabi, revealed, on Sunday, the “support” of political parties to change the currency exchange rate, considering the current treatments pursued by the Ministry of Finance and the Central Bank to solve the economic crisis, as “immediate patches” and will not solve the essence of the problem.

Al-Aqabi said in a press interview, “The government still believes within our political creed that the government is supported by the parliamentary majority, especially in its strategic decisions, which are signed by large blocks within the House of Representatives.”

Noting that “the biggest and real problem in this methodology is unable to find any solutions to the financial and economic crisis that we are suffering from.”

Al-Aqabi added, “Raising the dollar exchange rate at this level, which may reach approximately 1500 dinars to the dollar, in addition to relying on the rule of leaning without financial and economic policies, maximizing state revenues, rationalizing public spending and not taking bold and exceptional decisions to address the crisis, all of which are the basis of the problem.”

Stressing that “there is a great confusion and a useless policy that did not touch the essence of the crisis, considering that our real problem is the administrative and leadership vacuum at the national level, so that it touches the basic needs of citizens and provides real solutions to the essence of the problem so that things can be straightened out properly.”

He stressed that “the current solutions are immediate patches and will not solve the essence of the problem in the Iraqi reality,” stressing that “the statement of the Minister of Finance and also the Central Bank have worked to confirm the errors and the wrong methodology that the government is going on, and it is clear to us that there are blocks behind government decisions and support them, whether he stated The Minister of Finance did not declare this matter. ”

The Minister of Finance, Ali Abdul Amir Allawi, confirmed yesterday (December 19, 2020) that adjusting the exchange rate is a political decision of the Iraqi leadership, and it is a decision that enjoys the support of political and parliamentary forces and economic actors that participated with the government in lengthy discussions to reach this measure.