Officially .. The Central Bank of Iraq announces a change in the exchange rate of the dinar against the dollar

Officially .. The Central Bank of Iraq announces a change in the exchange rate of the dinar against the dollar 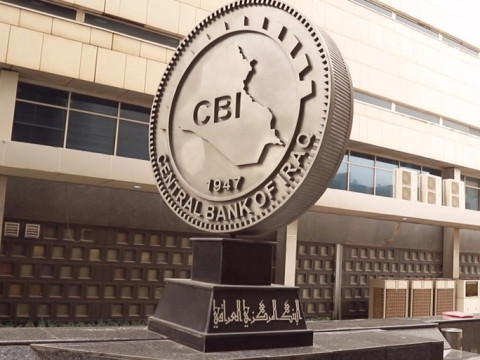 On Saturday, the Central Bank of Iraq issued a statement officially announcing the change of the exchange rate of the dinar against the dollar.

The bank said in a statement, received by Noon News Agency, that “during the last months of this year, intense deliberations took place with the Prime Minister, the Minister of Finance and the Legislative Authority, regarding the economic situation in general and the financial crisis that the public finances are going through due to low oil prices, production, economic and health challenges.” The Board of Directors of the Central Bank held a number of meetings, some of which were hosted by the Minister of Finance for the same purpose.

The Central Bank of Iraq would like to show the following:

1- The structural distortions in the Iraqi economy have impoverished public finances and restricted the ability of reform sought by the government and the Ministry of Finance. It is not a coincidence that the financial situation is this bad, nor is it the result of the current or the previous year, but unfortunately it took root more than a decade and a half ago due to the policy leadership of the economy and the preference for political thinking and the priorities of politicians over economic thought and development priorities and the rules of the relationship between economic policy on the one hand and fiscal and monetary policies. On the other hand … the fiscal policy lagged behind, and the monetary policy was busy repairing the outputs of the confused fiscal policy.

2- The subordination of the economic and financial policy to the aspirations and concerns of politicians resulted in the last acceptable models of financial management in Iraq, and the role of that administration was limited to the distribution of oil resources to life-sustaining requirements such as salaries and operational requirements, and the Ministry of Finance did not address its role and leadership position in economic affairs. In addition to the fact that it lacked many economic and financial information that could facilitate it and the decision-maker in the country to direct short and medium-term goals. This calls for an effective approach to building economic and financial databases that facilitate decision-making and serve forecasts.

3- Because of all these conditions, the Central Bank had no choice but to intervene on more than one occasion to support public finances and save critical public spending requirements .. However, this does not mean that these interventions remain open without restrictions or endings.

4- On the other hand, the Central Bank understands the difficulties facing the reform intentions that the government is heading to undertake, but this does not prevent any steps that the monetary authority can take with effective steps to carry out reforms that inevitably affect the institutions of the financial authority, especially the effective collection institutions. Customs, taxes, and other public collection institutions, and that spending be leaned and rationalized, all of which depends on the political will of the supreme state institutions that support the direction of the financial authority to achieve this.

It requires the government to support the vulnerable groups that will inevitably be directly affected, especially by any measure to change the exchange rate.

5- The legislative authority will have an important role in supporting the direction of the Central Bank to adjust the foreign currency exchange rate, as failure to take such a decision may make us forced to take difficult decisions that may put Iraq in a situation similar to what happened to neighboring countries.

It must also be emphasized here that this change (reduction) in the value of the Iraqi dinar will be one-time only and will not be repeated, and the Central Bank will defend this rate and its stability with the support of its foreign reserves, which are still at solid levels that enable it to do so.

6- The financial crisis that Iraq was exposed to due to the Corona pandemic and the resulting deterioration in oil prices and the decline in oil revenues, this led to a large deficit in the general budget and forcing the Ministry of Finance to borrow from banks and re-deduct it with the Central Bank in large sums, in order to pay salaries And meeting other spending needs related to services provided to citizens, and the continuation of the current exchange rate, which is not in any way commensurate with the rates of exchange rates in other countries, has become a major obstacle to conducting real development and enhancing competitiveness for local production, which prompted the Central Bank to think seriously about responding to financing requirements The budget is at an exchange rate that allows the provision of adequate resources to cover these needs and ensure the smooth payment of salaries and the critical requirements of government spending, and in order for the bank to avoid depleting its foreign reserves, which represent the main financial leverage for monetary stability in Iraq,And his keenness to support the public finances, as he is the advisor to the government and responsible for keeping its accounts.

The bank stated in its statement that based on the above, the Central Bank of Iraq decided to amend the foreign currency exchange rate as follows: