Financial Advisor to Al-Kazemi: This is what Iraq needs to get out of its economic crisis

Financial Advisor to Al-Kazemi: This is what Iraq needs to get out of its economic crisis 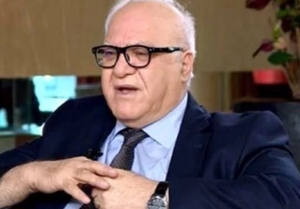 Dr. Mazhar Muhammad Salih, the financial advisor to the Iraqi Prime Minister, is one of the most prominent economists and finance experts in Iraq, and he was the deputy governor of the Central Bank of Iraq, and he possesses broad and deep theoretical knowledge and practical experience in financial and banking activity in the country, and he holds a master’s degree in monetary policy Doctor of Philosophy in Economics.

In an expanded dialogue with Al-Jazeera Net, Saleh believes that Iraq needs a new law to be approved by parliament for economic reform, stressing that “the financial crisis is fast and deep; Because of the complete dependence on oil rent in building the structure of spending and spending in the country’s budgets, in a cumulative manner for many decades.

Saleh ruled out “carrying out structural transformations within a short period of time by finding alternative and rapid sources of financing in a single, weakly diversified economy, unless borrowing is resorted to; To fill the sustainable spending gap. ”

Details of the dialogue:
* Is the environment conducive to the implementation of the new mechanisms of economic reform, or what is known as the white paper approved by the Iraqi Council of Ministers recently? And why was not a deep paper explaining the mechanisms to address problems in the economy?
My belief is that the country needs a basic law to legislate economic reform; That is, the legislature adopts it, and I mean here the white paper, considering it as the country’s economic constitution To build the country’s future economic management in accordance with market efficiency.

The efficiency of governmental economic organizations is based on consistent public policies with well-known goals whose results can be measured in the calculation of the people’s well-being, and based on the foregoing, the white paper is inevitable in need of legal framing in order to take its legitimate applications without hesitation or negligence, and becomes the basis for any government program adopted by governments. Coming in succession to continue to work on development and reform according to the distant perspective.

* Some observers promise that the proposals presented by the Finance Committee recently to address the economic crisis are harsh, given the imposition of a value-added tax of 12%, especially since the services provided are very poor.
I think it is necessary for the Finance Committee to discuss its proposals for financial and economic reform with the government, especially the Ministry of Finance, in order to set appropriate times and assess the available possibilities for implementing the value-added tax, for example; Because it needs a capable cadre in applying value-added tax and traffic procedures to tens of thousands of taxable transactions, including correct and accurate standing on the inputs, outputs and results of daily taxable economic activity, which requires material and human resources and a large organizational and digital structure in the tax system. Knowing that 65 to 70% of the market activity is in the gray area evading dealing with or dealing with the tax system.

* Why does the government resort to borrowing to pay salaries and not address crises?
The financial crisis is fast and deep; Because of the complete dependence on oil revenues in building the structure of spending and spending in Iraq’s budgets, and a cumulative expansion for many decades; Therefore, it is difficult to make structural transformations by finding alternative and rapid sources of financing in a weakly diversified single economy unless borrowing is used to fill the sustainable spending gap. This is done by expanding public debt in the hope that budget resources will gradually improve, in addition to that restructuring and reducing expenses is not an easy matter. ; Because it is linked to obligations and legislation previously developed, and it is difficult to amend it immediately due to the undesirable social and economic impacts it may have.

* Salaries constitute more than 60 trillion dinars (50 billion dollars) annually “employees, retirees, and social care”, and this is considered a large number. Are there solutions to reduce this spending, given that the outputs are not at the required level?

There are no immediate solutions essential; However, there is importance to control the expansion of this section, and to control not to break away, and expand it.

* Are industry and agriculture exposed to an international conspiracy? Because Iraq is still importing everything in light of measures to prevent self-sufficient goods?
The adoption of economic liberalism and openness to the global economy during the last two decades and with development controls and policies, weak economic oversight and a fragile internal economy, has made the world’s economies work with high efficiency and great competitiveness, which is the last nail on the stage of another Iraqi craftsman working in the manufacture of wood, shoes or bags, and take off The last wheel of national industry after it deliberately or unaware flooded the national market with cheap-priced goods from Asian countries financed by revenues from oil revenues; Therefore, unemployment is still high in the country for two decades, and the manufacturing industry and agriculture still constitute only 7% of Iraq’s GDP, and it comprises 37% of the labor force. And society, its greatness, sustains on low-productivity government service jobs or government subsidies and subsidies paid from the budget of oil resource revenues.

* How would you describe Iraq’s economic and trade relations with Arab and regional countries?
Regional trade has become entrenched at the level of Arab and regional neighborhood countries since the imposition of the blockade, and the free zones of neighboring countries have become more durable goods, production supplies and consumer goods, especially food, the source of which does not exceed the neighboring countries. In general, the import trade of neighboring Iraq is dominated by 60-70% of Total private sector imports, which means that the regional commercial attraction has the upper hand.